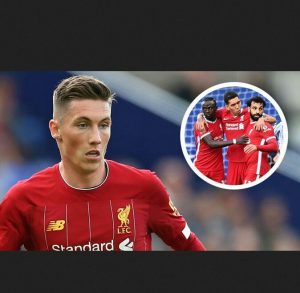 The Wales international reflects on his 16 years on Merseyside and how his £12m move to Craven Cottage came about When the end finally came, Harry Wilson knew it.

He could wait no longer. After 16 years dreaming of a career at Liverpool, the Welshman knew he had to move on this summer.

“I’d been thinking that for a couple of years, to be honest,” Wilson tells Goal, reflecting on his £12 million ($17m) transfer to Fulham in July.

“I wouldn’t say it was an easy thing to do, but it is definitely the right thing for me. I know I’ve made the right decision.”

There was a time, not so long ago, when Wilson thought he had a chance of making it at Anfield.

“It was in 2019, when I came back from Derby,” he recalls. “I’d had a really good season in the Championship. We fell at the last hurdle in the play-off final, but my numbers were good, my performances were good.

“That pre-season at Liverpool, we played a few games in England and then went out to America and France. I played pretty much every game, scored a few goals and felt like I was in a good position.

“Then we played Manchester City in the Community Shield at Wembley and I was 19th man. The disappointment of that really hit me.

“I felt that was my chance, and it had gone. I thought I’d done all I could, and I think that was when I started to accept that I’d have to leave.”

Wilson, it should be stressed, holds no bitterness. He accepts it was always going to be difficult to force his way into Jurgen Klopp’s plans, no matter how well he was doing out on loan.

“I’m not daft,” he says. “I know the quality of that Liverpool squad, and I know I wasn’t going to go and play every week like I wanted to.

“The front three rarely miss a game, and their numbers are scary. I was never going to get in ahead of them.

“Even playing as a No.8 or a No.10, they’re pretty well stocked in those areas too!”

Does he feel he might have had more than two senior appearances, though?

“Yeah maybe,” he admits. “Obviously from my point of view I feel a little disappointed I didn’t get more opportunities. And yeah, there were players around who maybe got a few more than I did.

“I go back to that Derby season. When I came back, I had maybe 50 games under my belt at a good level. That was the time for me.

“And looking back, yeah, I am a bit gutted that I wasn’t given maybe half a season at least to prove I deserved to be part of that group.”

He will get his chance at Fulham, though. After spells with Crewe Alexandra, Hull City, Derby County, Bournemouth and, last season, Cardiff City, the time has come to put down some roots.

“It’s exciting,” Wilson says. “I’m sad to leave Liverpool, yes, but there’s so much to look forward to with Fulham. I can’t wait.”

It was Marco Silva who convinced Wilson to move to Craven Cottage. The new Fulham boss is a big fan, and it was his enthusiasm and persistence which persuaded the 24-year-old to commit to another move to the Championship.

“When you move clubs, it has to be the manager who wants you,” Wilson says. “The owners and the chief executive, whoever, might like you, but the manager is the one picking the team every weekend. He’s the one that matters.

“In this deal, I feel like it was the manager who drove it forward. When I was on my holidays after the Euros, he was ringing me up. I felt like he’d watched me, that he understood my game. He told me the positions I’d play in his team, how he’d want me to play, and I felt like it’d be a great fit.”

Wilson has already made his presence felt at Craven Cottage, scoring on his debut in Sunday’s 1-1 draw with Middlesbrough.

He is house-hunting at the moment, with Mason Mount, the Chelsea and England star, helping him look.

He reflects on his time at Liverpool and he counts himself lucky.

“To spend 16 years at a club like that, the club you and your family have always supported, it’s special,” he says.

“I have so many good memories. I look at the coaches I worked under and I think ‘how fortunate was I?!’ People like [Rangers coach] Mick Beale, probably the biggest influence on my career. Neil Critchley, what a coach he is. Look at the job he’s doing now with Blackpool.

“There are so many. Steve Cooper, Mike Marsh, Rodolfo Borrell, Alex Inglethorpe…great coaches and great people.”

He says he will return to Merseyside at some point to say a proper goodbye, having had to rush from Liverpool’s training camp in Austria to complete his move to Fulham.

“They were playing a friendly against Mainz when the call came,” he says. “I got to say bye to Robbo [Andy Robertson], Virgil [van Dijk] and Joe [Gomez], but me and Jools [Ward, the assistant sporting director] had to dash to catch the flight so I missed the rest of the lads.”

He doesn’t hesitate when he recalls his standout memories from Liverpool.

“Getting my debut was huge,” he says. “That was the moment I’d worked towards since the age of eight, so I’ll never forget that.

“But in terms of individual moments, I scored a goal against Everton for the Under-18s, a winner in the 94th minute, which was a bit special. That will always stick out.

“Mick Beale was the manager and he didn’t start me in the game. I was fuming. I remember him telling me I’d have a big part to play and, as usual, he was right!”

Now, the focus is on the memories to come. Fulham is the focus, promotion is the aim. Who knows, maybe Reds fans will see Wilson at Anfield again in the not-too-distant future.