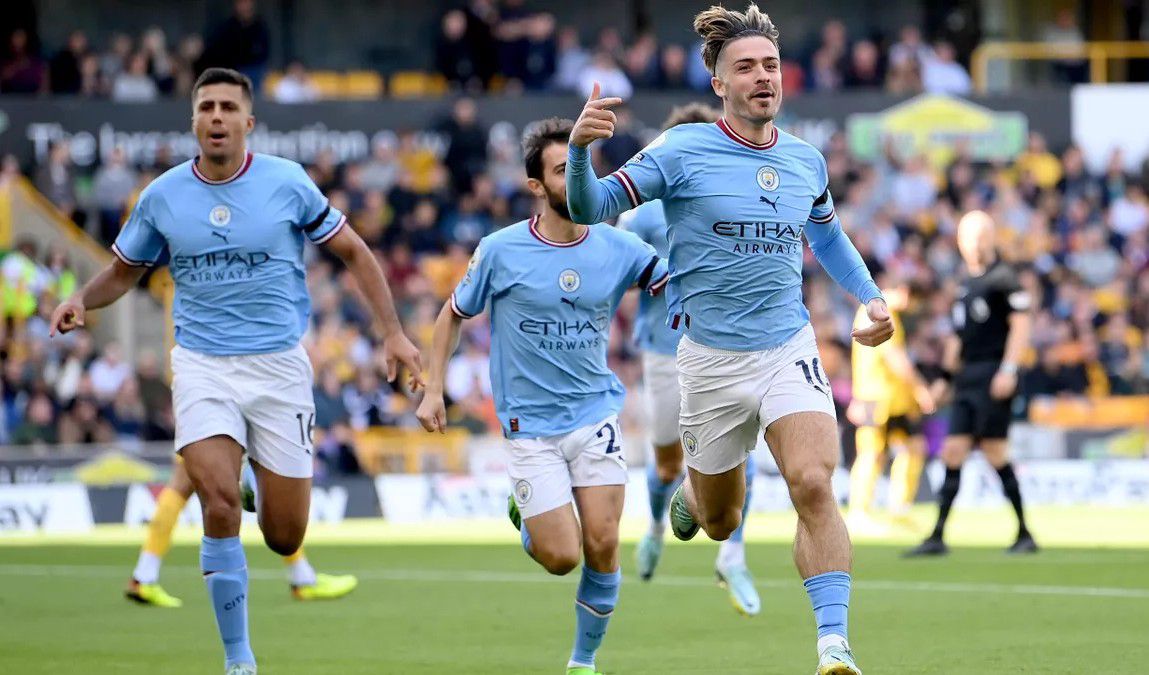 Manchester City went top of the Premier League with a comfortable 3-0 win over 10-man Wolves.

City opened the scoring after less than a minute, when Jack Grealish turned in Kevin De Bruyne’s cross.

The champions had not lost any of their last 33 Premier League matches after taking the lead, and they never looked like doing so against Wolves.

Erling Haaland doubled City’s lead 15 minutes later, driving at the retreating Wolves backline with the ball at his feet.

The Norwegian turned the defence inside out, before unleashing a low shot that beat Jose Sa into the bottom corner.

It was Haaland’s 11th goal in seven Premier League appearances.

With City already in control, Nathan Collins had a moment of madness.

The young Ireland defender caught Grealish in the hip with a high, studs-up tackle.

Referee Anthony Taylor showed Collins a deserved red card and Wolves were reduced to 10 in the 33rd minute.

Wolves improved in the second half, creating far more chances with 10 than they had with 11, but it wasn’t enough to turn the game around.

City were being outplayed for a good spell, but snapped back into life to make it 3-0 in the 69th minute.

Haaland received the ball on the right edge of the box and flicked it into the path of De Bruyne.

The Belgian squared to Phil Foden, who delicately placed his shot just out of range of Sa.

City move two points ahead of Arsenal, who play tomorrow afternoon against Brentford.