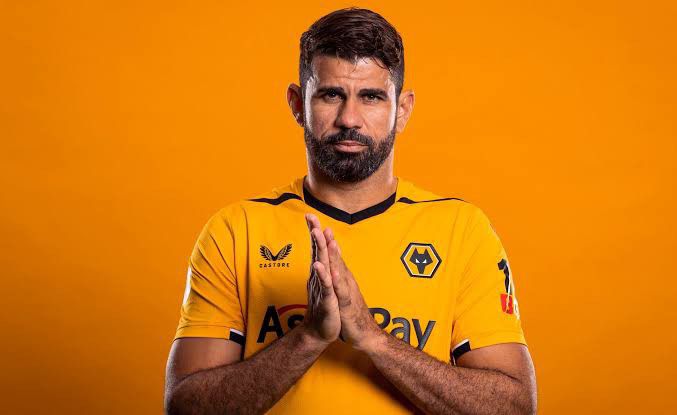 Return of Diego Costa as Wolves signed former Chelsea and Atletico striker on a free transfer until the end of the season.

The 33-year-old has been without a club since leaving Brazilian side Atletico Mineiro in January.

Costa completed his medical on Thursday last week as cover for new signing Sasa Kalajdzic, who suffered a cruciate injury on his debut.

Costa, who is closing in on 500 career appearances, won the Premier League twice with Chelsea and claimed several trophies with Atletico Madrid in two spells for the Spanish club.

He had a trial with Wolves last week to assess his fitness and suitability.

Wolves are currently 14th in the Premier League table after only registering one win in six games this season.

“It [my signing] wasn’t in the best terms possible on accounts of a player’s injury.”

“I can only wish him nothing but the best for him.

“But when he [manager, Bruno Lage] told me about returning to the Premier League since this a championship I have related to quite a bit, always liked it and followed.

“No matter how much I enjoyed playing in Madrid, I felt discouraged, but this motivated me. It lit that fire within me.”

“Diego will bring something unique to our dressing room and on the pitch.”