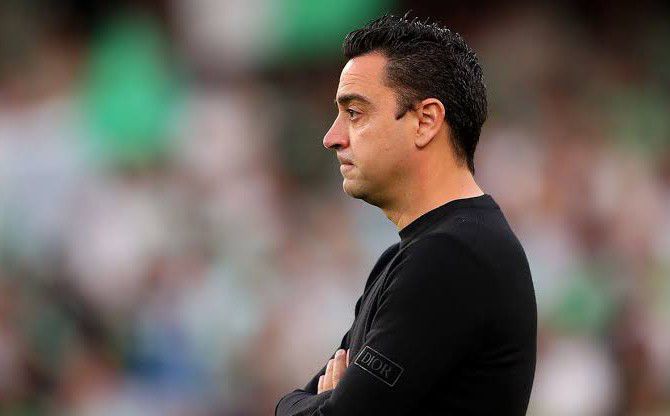 Xavi Hernandez assessed Barcelona’s win at Cadiz, with it representing their fourth in a row in LaLiga Santander.

He made the point of talking about the fan who required medical treatment in the stands, which forced the game to be stopped.

It is a run that allows the Catalan giants to end Saturday evening as league leaders, and their coach was delighted with the performance from players many would consider to be backup options.

It was a rather bizarre night though, with a supporter requiring emergency medical attention after suffering what is assumed to be a cardiac incident during the second-half.

The match was suspended temporarily as he was given treatment, and Xavi was quick to send his best wishes to the family.

“Fortunately, they were able to resuscitate him. It was a very unpleasant situation.”

“We hope he and his family are well. It is a difficult situation. We agreed to restart the match and we have been waiting for developments.

“We hope for a speedy recovery. It was a matter of humanity.

The human quality comes out. Football comes after life and if anything had happened to him the game would have been suspended.”

“It’s an important victory on a difficult pitch. The three points are good for us to stay at the top.”

“Everyone is doing very well. Whoever plays, you can’t tell the difference. We are in a good dynamic.

“I’m happy with the result.”

Barcelona have been in fine goalscoring form this term, and the Spanish coach has put that down to his team’s ability to find the first goal.

However, the first-half was somewhat challenging for the visitors as they missed opportunities.

“The key is to open the scoring. If Raphinha’s shot went in, everything would have been different.”

“We’ve been patient, but we lacked the final pass.

“Overall, I’m happy with the result and the feeling. It wasn’t great, but I’m happy.”

Resting key players was high on Xavi’s agenda ahead of the Champions League meeting with Bayern Munich on Tuesday,

but the coach refused to confirm that the imminent trip to Bavaria had any major influence on his selection.

“Whoever plays, it doesn’t make a difference. This will be the dynamic through this season.

“You have to manage minutes, there can be absentees due to suspension, injuries….

Even without Bayern Munich, we would have done the same”.