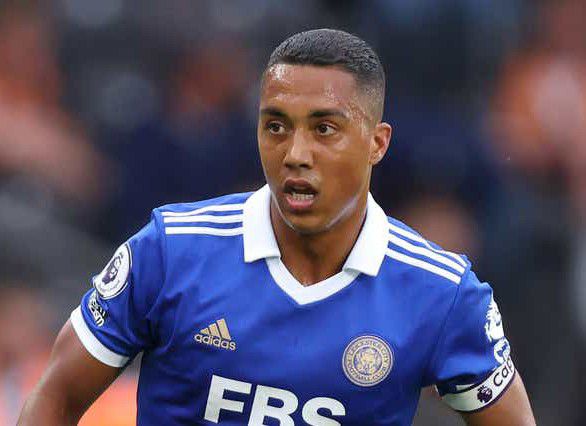 There was a time this summer when it looked like Youri Tielemans would be playing for Arsenal and not Leicester this Saturday.

The Gunners have been tracking Tielemans since January, holding preliminary talks with his agent then and sparking a belief that a summer move would follow.

The midfielder is into the final 12 months of his contract and, with Leicester aware he currently has no plans to sign an extension, they are reluctantly open to letting him go for a fee in the region of £25million.

So far, however, Arsenal are yet to make a formal offer for the Belgium international and this weekend they will get the chance to see first-hand what they are missing out on.

The 25-year-old has not downed tools and instead remained professional, starting and playing the whole 90 minutes of Leicester’s Premier League opener against Brentford last weekend.

“Of course, it is in the back of the mind, that sort of what-if scenario,” said Leicester manager Brendan Rodgers ahead of that game.

“But I know he doesn’t want anything to drag on, either.

“The conversation was really good, really open, really honest and we both know where it’s at.

He’s here, and he gets that respect, and we continue to work with him until I’m told otherwise.”

Arsenal still want to do business before the transfer window shuts at the end of this month, with a midfielder and winger the two areas they could strengthen.

The club also want to move players out the door, with Ainsley Maitland-Niles, Hector Bellerin and Nicolas Pepe among those who could be sold to raise funds and free up space on the wage bill.

There is a chance Arsenal could turn their summer recruitment drive into an aggressive one by signing both a midfielder and winger,

but such a scenario seems unlikely, given they have already spent well over £100m during the current window.

If it becomes a straight choice between signing a midfielder or a wide player, then the case for Tielemans is a compelling one and it feels like a deal too good to turn down.

Arsenal would be signing a player who is coming into his prime.

He is a proven Premier League performer, while he has excelled on the international stage, too, and the fact he is available for around £25m makes him good value.

The idea is that Tielemans could come in and play as a ‘No8’ in Arsenal’s midfield, alongside Martin Odegaard and ahead of Thomas Partey.

The Belgian, however, offers much more than that, as he can sit deep and dictate play, too.

Arsenal do not really have a player in that mould in their current squad, a metronomic playmaker who can dictate play from deep,

and like all of Arsenal’s signings this summer, Tielemans would give Arteta depth and options.