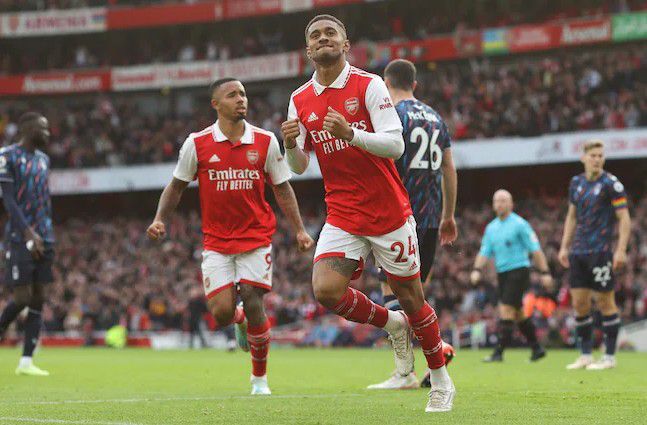 Reiss Nelson scored twice as Arsenal returned to the top of the Premier League table after crushing bottom of the table Nottingham Forest 5-0.

who set up the opener – was forced off with an injury.

restored their two-point lead over Manchester City at the summit, with Forest still bottom after an eighth defeat of the season.