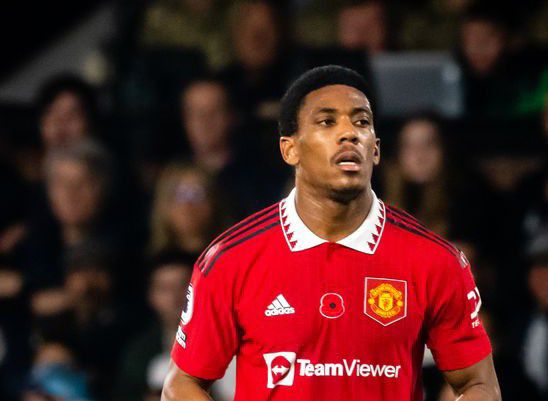 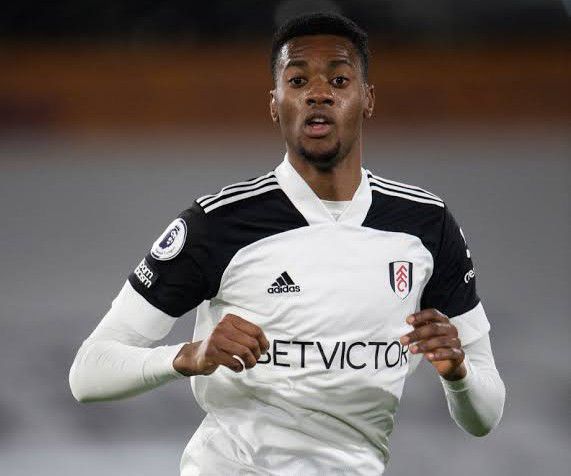 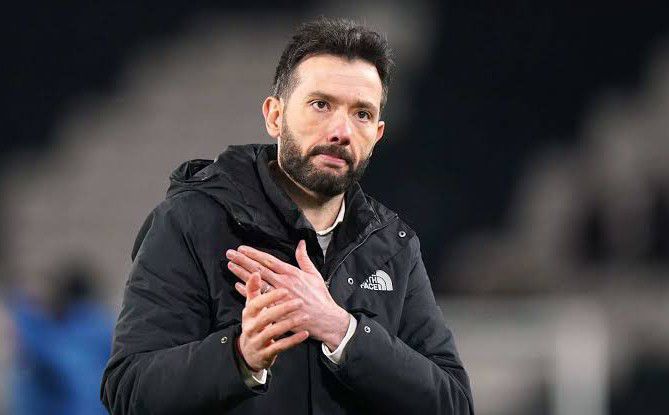 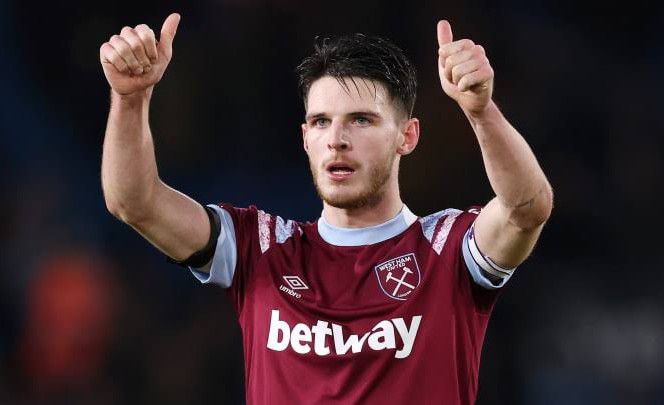 Spurs absorbed the early pressure, though, and got themselves ahead on 15 minutes with their first real chance and with Kane’s first involvement in the game.

City toiled but Riyad Mahrez almost levelled on the stroke of half-time when his thumping strike came back off the crossbar.

At the other end, Erling Haaland was again a peripheral figure and City’s best chance of an equaliser came when Julian Alvarez’s goal-bound strike was deflected over the bar by Eric Dier.

Spurs saw Cristian Romero sent off for a second bookable offence three minutes from the end but held on for a deserved victory.

Antonio Conte’s absence due to illness, with Cristian Stellini leading the side from the touchline. 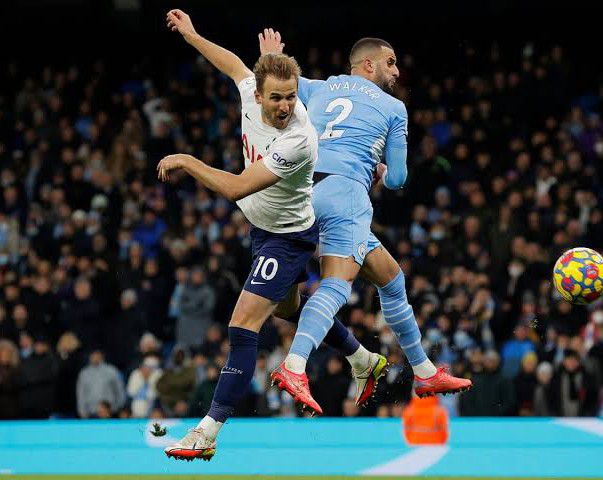 Tottenham have been handed a timely double injury boost ahead of Sunday’s game, as Richarlison has recovered from an adductor niggle, and Lucas Moura is also set to return from his troublesome tendon problem.

Deadline day signing Pedro Porro could make his debut against Manchester City on Sunday but Antonio Conte has been in Italy, recuperating from surgery, and has not had a chance to watch the Spaniard in training.

Emerson Royal, who scored against City at the Etihad two weeks ago, could therefore keep his place and is often impressive in backs-to-wall defensive displays.

Sessegnon could get the nod, despite struggling to make an impact against Championship side Preston in the FA Cup last weekend.

The rest of Conte’s team picks itself, with Heung-min Son back among the goals against Preston and new signing Arnaut Danjuma expected to be on the bench again after scoring as a substitute at Deepdale.

Ben Davies should start ahead of Clement Lenglet, who was also guilty of an error in the away game at City.

Meanwhile Manchester City have lost John Stones to injury for up to a month as they prepare to face Tottenham.

The centre-back, Pep Guardiola‘s most-used this season, was forced off during last Friday’s FA Cup victory over Arsenal with a hamstring injury.

Following Joao Cancelo‘s shock loan move to Bayern Munich being confirmed on deadline day, Rico Lewis should start at right-back, with Nathan Ake – who scored against Arsenal – on the left.

Riyad Mahrez scored twice and assisted a third in City’s 4-2 win over Spurs last month and should keep his place,

while Guardiola hinted at minutes for Phil Foden by telling reporters: “He has trained well these last two days.” 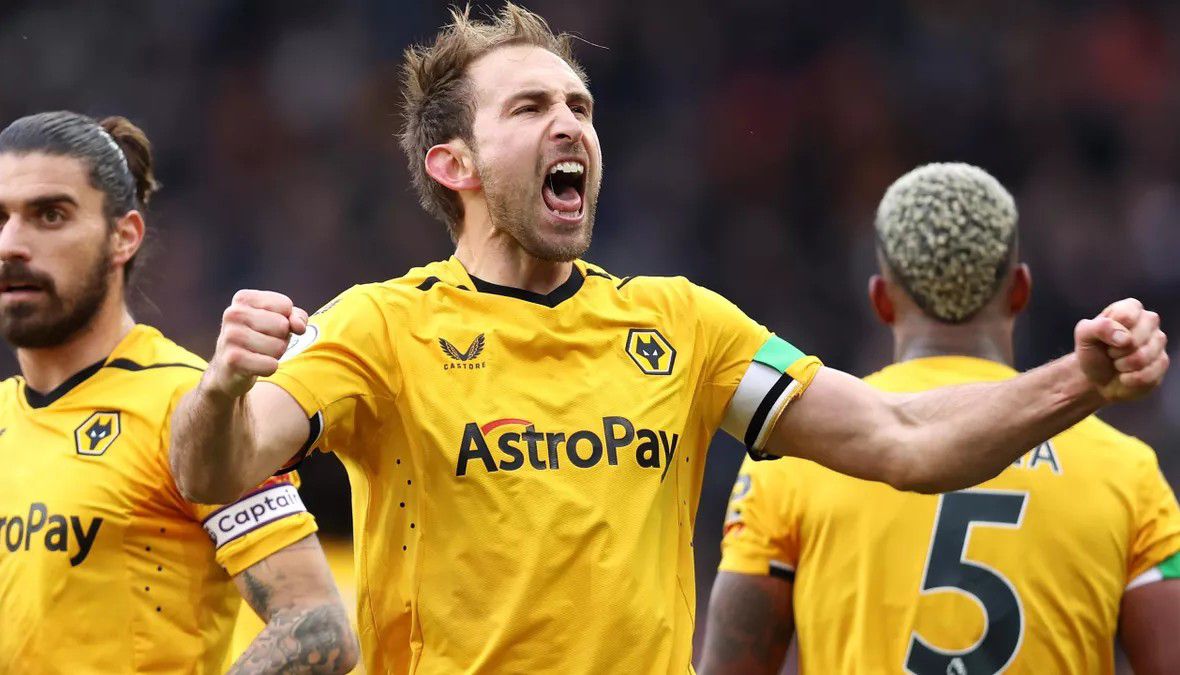 Wolves thrash Liverpool by 3-0 at Molineux to move out of the Premier League relegation zone.

Liverpool dominated after the break, but were hit by a sucker-punch in the 71st minute when Adama Traore raced into the box and fed Ruben Neves who scored the decisive third. 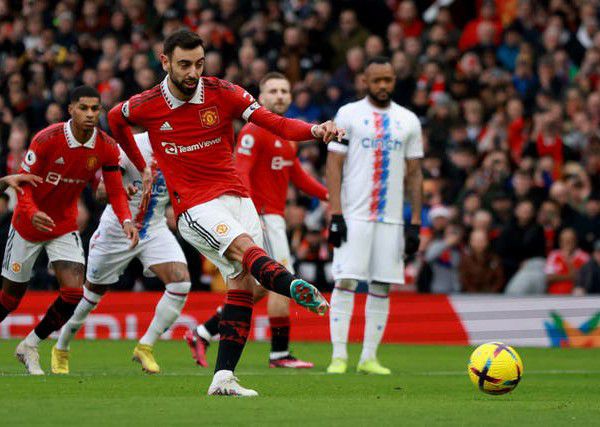 Manchester United defeat Crystal Palace by 2-1 as Casemiro was sent off for foul play in the second half.

Luke Shaw’s low cross but a VAR decision went against United 20 minutes from time when the referee sent Casemiro off for grabbed Hughes around the neck during a skirmish involving most players.

Jeffrey Schlupp brought Palace back into the game with a clever flick with the outside of his boot but, despite much Palace pressure in the closing stages, United held on for all the three points. 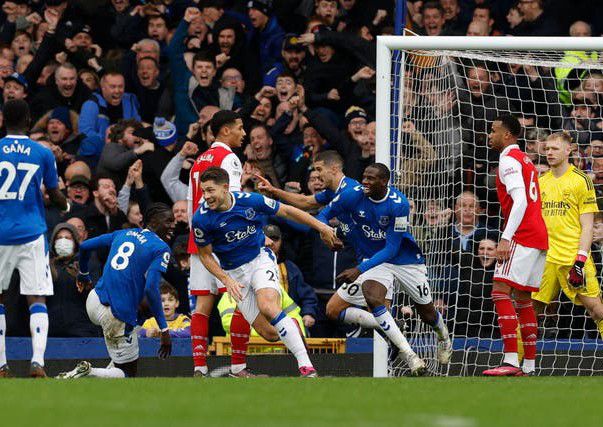 Everton belied their lowly position right from the off with Dominic Calvert-Lewin twice going close in a high-tempo first half.

Arsenal struggled to find the silky rhythm that has been a feature of their style this season, but the visitors did have their moments as Eddie Nketiah and Bukayo Saka threatened.

Everton continued to look the more likely throughout the second half and deservedly took the lead on 60 minutes.

It was a goal made in Burnley as Dyche’s former players Dwight McNeil and Tarkowski combined, with the latter heading home a right-wing corner.

Arsenal had earlier wasted a gilt-edged chance when Martin Odegaard blazed over and they almost rescued a draw but substitute Leandro Trossard could not find a way past Jordan Pickford.

The victory sees Everton end a run of four home league defeats in a row and moves them up to 17th spot ahead of the rest of the weekend’s action. 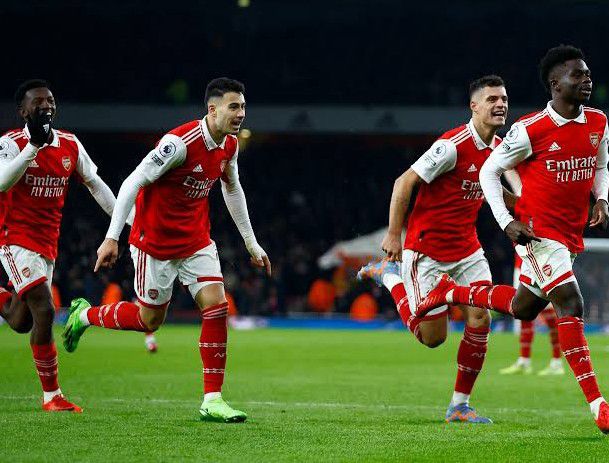 Arsenal are remain without Gabriel Jesus and Emile Smith Rowe, but Reiss Nelson has returned to training following a thigh injury.

Jorginho could be pressed into action early if Thomas Partey’s rib injury prevents him from starting.

The new £12million signing from Chelsea is expected to be registered in time for the trip to Goodison Park with the Premier League requiring updated squad registrations by Thursday.

Mikel Arteta is unlikely to disrupt his regular starting line-up unless he has to, but concerns over Partey’s fitness could force him into a change.

It will be interesting to see who fills out Arsenal’s squad, which is now smaller than before transfer deadline day after the departures of Cedric Soares, Marquinhos and Albert Sambi Lokonga. 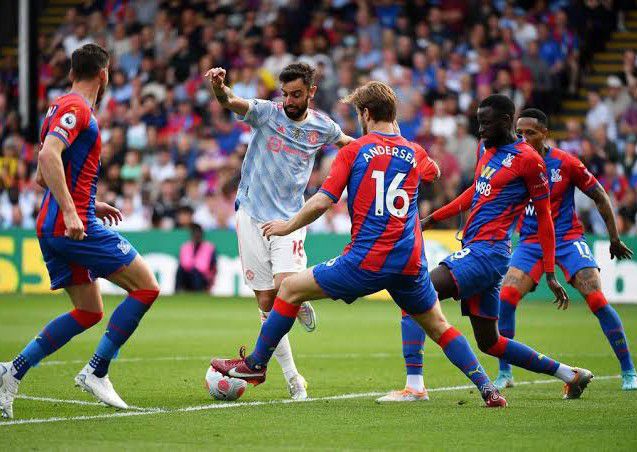 Manchester United are without Christian Eriksen until April with an ankle injury, while Donny van de Beek and Scott McTominay are also ruled out with respective knee and muscle problems.

David de Gea and Marcus Rashford are both expected to return to the starting lineup after beginning on the substitutes’ bench in midweek, with Tom Heaton and Alejandro Garnacho set to make way.

Jadon Sancho, who recently made his return to action is also in line to feaure in at least some capacity.

are still waiting on his paperwork to be completed ahead of welcoming Palace to Old Trafford.

Fred will likely line-up alongside Casemiro with the absent of Christian Eriksen.

A key decision for United comes in attack is the return of Anthony Martial and Sancho after their substitute appearances against Forest marked returns from long spells out.