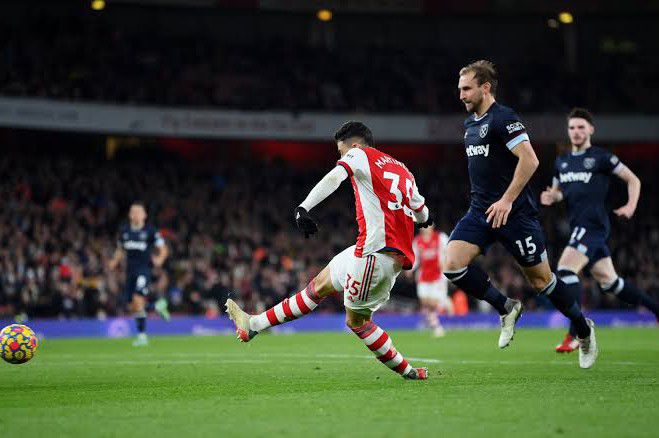 Arsenal may temporarily go eight points clear of Manchester City at the top of the Premier League table when they host West Ham United at the Emirates for a Boxing Day London derby.

Arsenal’s was picked up a severe knee injury against Cameroon, which will rule him out for approximately three months.

It remains to be seen if William Saliba will be given the green light to come back after reaching the World Cup final with France,

while Emile Smith Rowe is not expected to return from groin surgery just yet and the perennially injured Oleksandr Zinchenko also remains doubtful with a calf injury.

The Gunners will then assess Saliba and he could feature in their Premier League match at home to West Ham on Monday.

“Let’s see depending on how he comes back as well.”

“We have the data on what he’s done in training in terms of minutes.

“He didn’t participate much but it was a huge experience for him. When he gets back we’ll see.”

Oleksandr Zinchenko has been struggling with a calf issue but could return, and it is a similar situation with Takehiro Tomiyasu, who has had a hamstring injury.