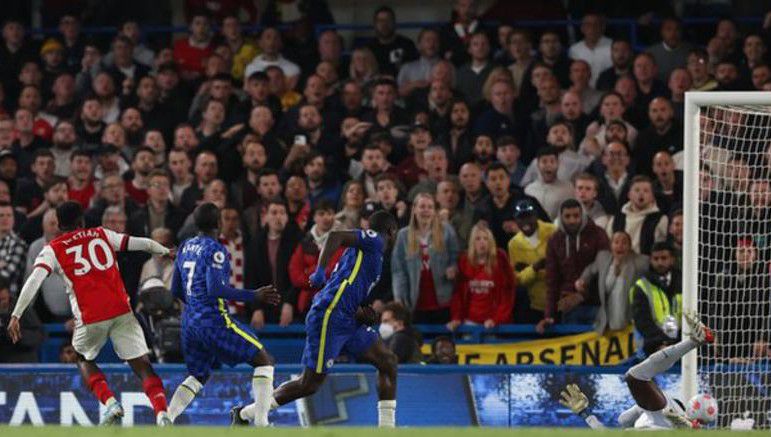 Eddie Nketiah scored twice as Arsenal boosted their chances of qualifying for the Champions League with a thrilling victory against Chelsea at Stamford Bridge.

The 22-year-old scored at the start of each half as the Gunners ended a run of three successive Premier League defeats.

Emile Smith Rowe was also on target as Arsenal twice led in the first half only for Timo Werner and Cesar Azpilicueta to level soon after for Chelsea.

Bukayo Saka put the seal on the victory with a penalty in added time after he been brought down by Azpilicueta.

Arsenal stay fifth despite the win but are now level on points with fourth-placed Tottenham while Chelsea are five points better off in third.