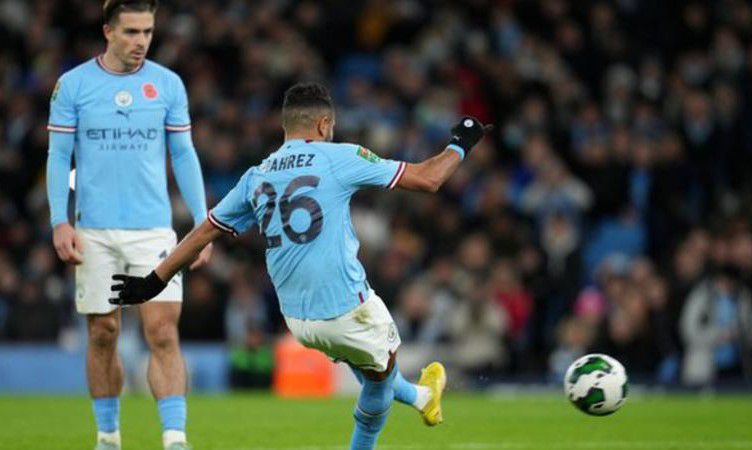 Both sides had chances in an open and even first half to the game as Jack Grealish fizzed a shot just wide, while 18-year-old midfielder Lewis Hall was denied by Stefan Ortega for Chelsea.

But Mahrez struck when he drove in a free-kick early in the second half.

Alvarez sealed the win with a close-range finish soon after.

It was a deserved win for Manchester City as the eight-time winners maintained their record of never losing in the third round under Pep Guardiola.

Chelsea, however, will rue the missed chances they had in the first half, with Christian Pulisic twice denied by Ortega, while Hall should have done better with his attempt from close range, having done the hard work by making space for himself.

Hall was unlucky in the second half when his fierce first-time effort was superbly saved by the excellent Ortega.

Raheem Sterling came on midway through the second half to make his first appearance against City since leaving them in the summer.

However, he was unable to help instigate a fightback as the home side extended their winning run at Etihad Stadium to 16 games in all competitions.

The result for Chelsea, meanwhile, means they have won just two of their last seven games in all competitions and it does not get any easier for Graham Potter’s side as they head to third-placed Newcastle on Saturday.