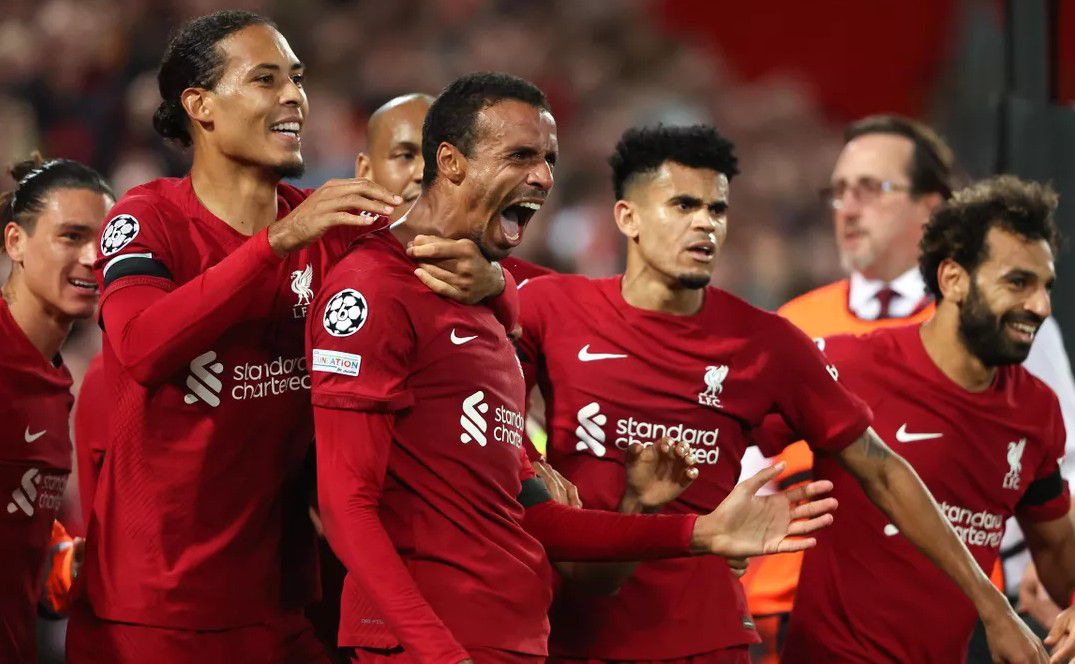 Joel Matip scored a last-gasp winner as Liverpool gave their season a huge lift with a 2-1 victory over Ajax in a Champions League Group A contest at Anfield where the crowd paid tribute to the late Queen.

Jurgen Klopp had spoken of needing a response from his side following the 4-1 defeat at Napoli last week and they made a strong start.

Mohamed Salah opened the scoring on 17 minutes when he rifled home after good play by Luis Diaz and Diogo Jota to net his first goal in eight appearances in the competition to.

Diaz and Salah both went close to doubling the lead, but the visitors silenced Anfield just 10 minutes later when Mohammed Kudus finished off a neat move down the left by hammering a strike in off the underside of the crossbar.

Liverpool dominated throughout the second half but Jota and Virgil van Dijk failed to make the most of a couple of half chances.

Ajax rarely threatened on the counter attack but could have stolen in front 14 minutes from the end when Daley Blind flashed a header inches wide of the far post.

The home side continued to push and clinched the points when Matip nodded in a left-wing corner in the 89th minute.