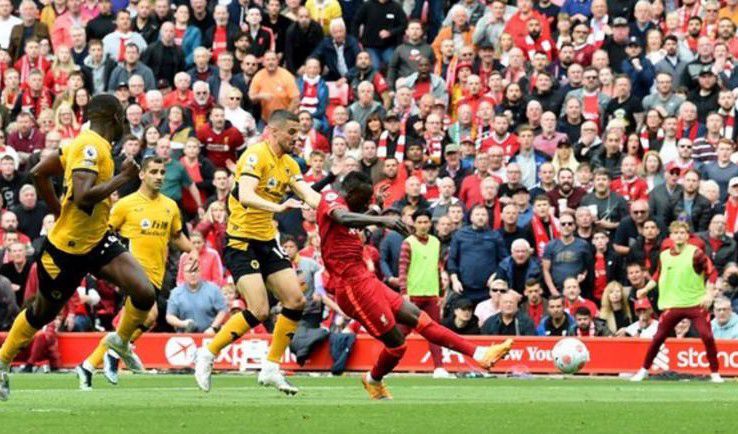 Liverpool’s hopes of winning a quadruple were ended on the final day of the Premier League season as a tense victory over Wolverhampton Wanderers proved too little to deny Manchester City the title.

The Reds needed to win and hope Manchester City failed to do so, and the unlikely looked to be happening when Pep Guardiola’s side found themselves 2-0 down at home to Aston Villa midway through the second half.

That gave hope to Liverpool, who had been dealt an early blow when Pedro Neto drove in from Raul Jimenez’s square ball inside the third minute, Sadio Mane slotting in an equaliser 21 minutes later.

At that stage, Jurgen Klopp’s side were set to finish level with City on 90 points, with Pep Guardiola’s team top because of their superior goal difference.

Liverpool pushed for a winner that looked like it could seal a 20th league title, Mane having an effort correctly ruled out for offside while Trent Alexander-Arnold saw a long-range effort pushed away.

The second goal finally arrived six minutes before full-time when Mohamed Salah bundled in from close range but by then Manchester City had staged an incredible comeback to lead 3-2.

Andy Robertson added a late third for the Reds but there was no late equaliser at Etihad Stadium as Guardiola’s side took their sixth Premier League title.

Regardless, Anfield applauded their side’s efforts at full-time as they came close to an unlikely title.