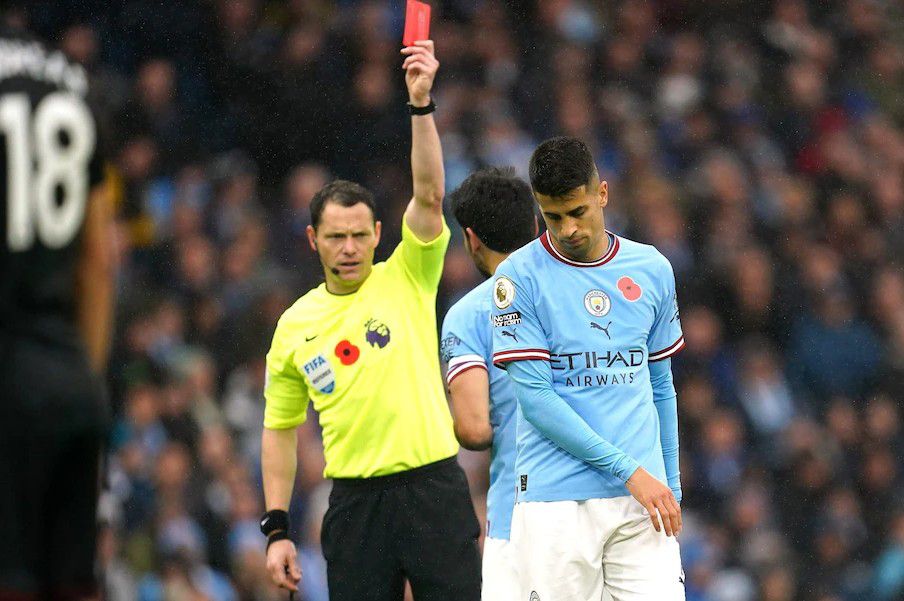 Manchester City had Joao Cancelo sent off before Erling Haaland rescued a 2-1 win over Fulham in stoppage-time amid big late drama at the Etihad Stadium.

City were unable to give a start to Haaland, who was on the bench after injury, and Julian Alvarez scored early to put the home side ahead.

offside and Fulham raced up the other end to win a penalty as Harry Wilson was barged over by Cancelo, who was sent-off for the foul before Andreas Pereira converted

In the second half, City grew into the match despite their numerical disadvantage and Pep Guardiola turned to Haaland, and called him up from the bench.

With 16 minutes of normal time remaining, the Norwegian headed home and thought he had grabbed a winner, only for it to be ruled offside, but then struck with an injury-time winner from the penalty spot.

The dramatic victory for City took them back to the top of the Premier League table with Fulham unable to build on their promising early season as they were left in eighth place.