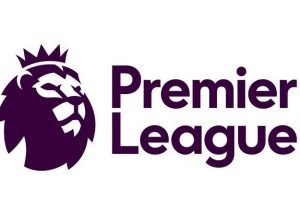 It’s a busy weekend of Premier League football. Here’s your predictions of how things will pan out…

Everton sacked Rafa Benitez after a third defeat in four games and now must hope Duncan Ferguson can galvanise the players ahead of the visit of Aston Villa.

They’re not in scintillating form themselves under Steven Gerrard,

but a rousing comeback against Manchester United showed they have plenty of fight and quality in their squad. The class of Philippe Coutinho could prove the difference…

Brentford’s terrific start to the season has tailed off in the last couple of months, but Thomas Frank’s side still have a healthy advantage over the three teams in the relegation zone.

Wolves are this weekend’s visitors and the one thing they hate is conceding goals – and scoring them judging by their record. Don’t expect a thriller.

From a tightly contested game to one that should be free-flowing and open to say the least.

Leeds and Newcastle have conceded 82 goals this season between them and it’s hard to imagine that either will stop the rot here.

However, there probably won’t be as many goals as you think – largely down to a lack of attacking quality in the final third.

Cue Raphinha vs Allan Saint-Maximin in the battle of which talisman can get the upper hand.

Manchester United’s midweek win over Brentford was anything but convincing.

So there’s still plenty for Ralf Rangnick’s side to prove against high-flying West Ham.

Defeat last time out burst the bubble of three consecutive wins for the Hammers,

but they’re not the pushovers they used to be on the road in big games. Honours even? Don’t rule it out.

Manchester City tend to dominate against every team they come up against,

but Pep Guardiola’s side haven’t always had it in their own way against Southampton.

Their clash on Saturday afternoon at St Mary’s should be another tight affair, but can you really back against a side that have won 12 matches in a row?

Arsenal’s disappointment at losing to Liverpool in the Carabao Cup semi-finals must be quickly cast to one side when Burnley rock up in north London.

Sean Dyche’s side haven’t played in *checks notes* approximately 834 months so you’d imagine they’re going to be a little rusty.

They also don’t have Chris Wood anymore, which is a bit of a blow despite his indifferent goal return this season.

Crystal Palace are playing some good stuff under Patrick Vieira, with consistency the only real thing that’s missing from their Premier League repertoire.

History tells us their games against Liverpool at Selhurst Park are pretty special,

and despite the Reds’ dominant win over Arsenal in the cup, Jurgen Klopp’s side have got to the job done here without Mohamed Salah and Sadio Mane.

It won’t be straight forward…

Brendan Rodgers‘ shock at seeing Leicester capitulate against Tottenham on Wednesday doesn’t have long to subside, with difficult to beat Brighton the next visitors to King Power.

The Seagulls have lost just four times in 21 Premier League outings, drawing an astonishing 11 of those games. You’ll never guess what we’ve gone for here…

The final game of the weekend sees Chelsea renew their rivalry with Tottenham at Stamford Bridge.

The Blues have been in a bit of a rut of late, winning just one of their last five Premier League games en route to collecting six points from a possible 15.

Spurs are on the up under Antonio Conte and should be brimming with confidence against their arch enemy.

Roll on the inevitable home win, then…