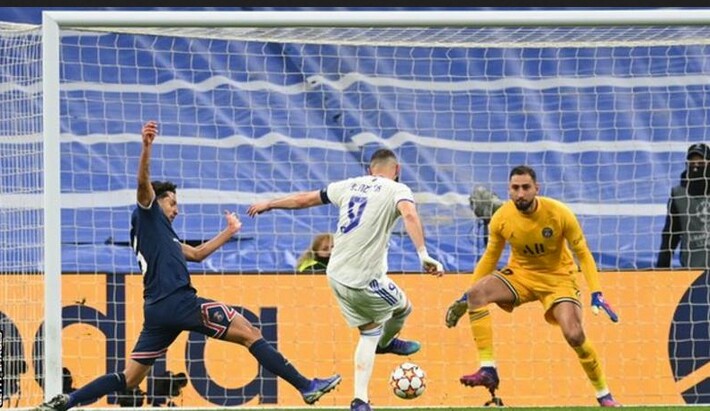 Karim Benzema scored a superb second-half hat-trick as Real Madrid produced a stirring fightback at a raucous Bernabeu to reach the Champions League quarter-finals at the expense of Paris St-Germain.

Kylian Mbappe’s first-half goal had given PSG a deserved two-goal aggregate lead and looked to have put Mauricio Pochettino‘s side well on course for the last eight.

However, a mistake from PSG goalkeeper Gianluigi Donnarumma proved the catalyst

for a dramatic recovery with Benzema turning home after the Italian dawdled in possession.

Luka Modric‘s driving run and intricate pass made Benzema‘s second as he levelled the tie against a clearly panicked PSG,