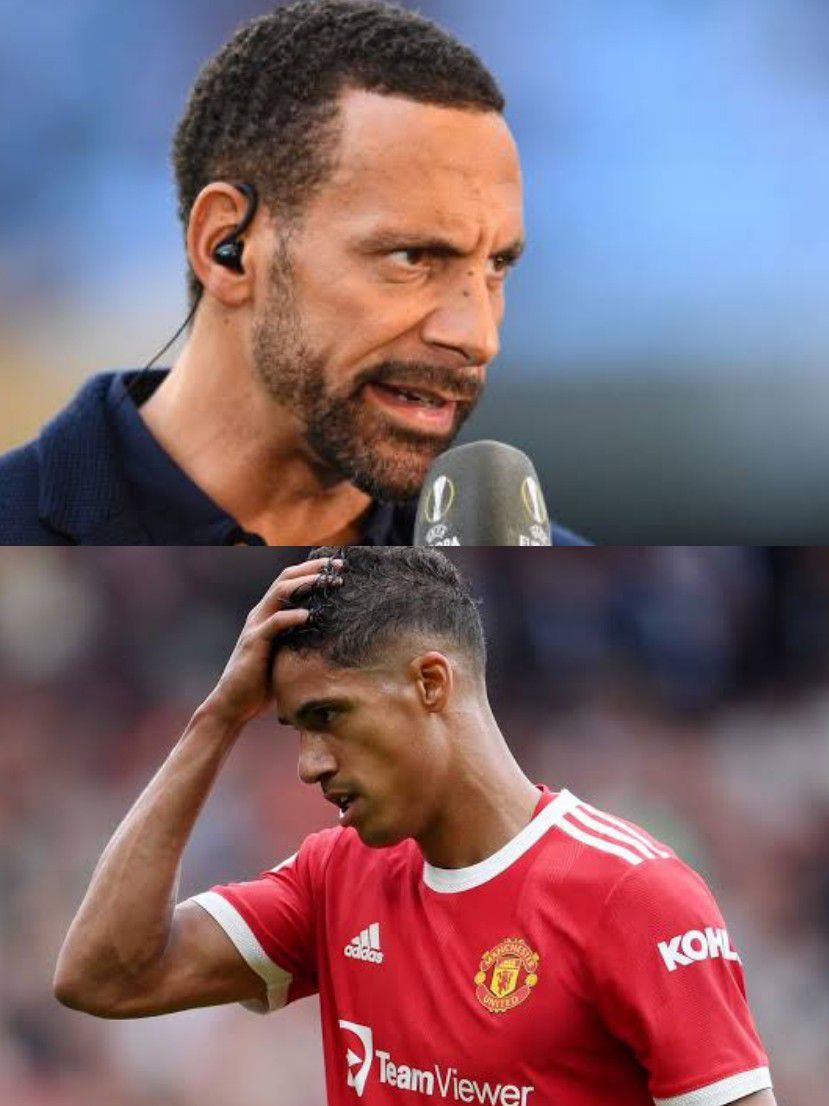 Rio Ferdinand has put the blame for Raphael Varane struggling in his first season at Manchester United on the ‘alien’ culture and low standards he walked into at the club.

with his arrival billed as a stroke of genius to finally sort out the defence.

Indeed, the Frenchman appeared in an episode of the recently released The Pogmentary soon after his transfer and was told by Paul Pogba, “All the defenders need a mentor.”

But Varane, who was limited to only 22 Premier League appearances because of injuries,

ended up being dragged down by the rest in the eyes of former United star Ferdinand.

“He went from one team – the honours there tell you it was a functioning team at the top level,

all players playing to their maximum consistently – into an absolute reverse situation where the team has zero functionality,

no confidence, no guidance and no structure of where they’re going,” Ferdinand said on his Vibe with Five YouTube channel.

“He went into an alien scenario where he’s going, ‘I have not seen this since youth team football’.

To go from that world-class operating and culture and standard on a daily basis to what is at Manchester United is a huge, huge shift.

“He’s probably sitting there like a rabbit in the headlights thinking ‘Wow, what is this?’

He hasn’t been the player we expected…he would tell you that, he couldn’t tell you anything else.

He’ll be saying ‘I’ve got to up the levels next year. I need help.’”