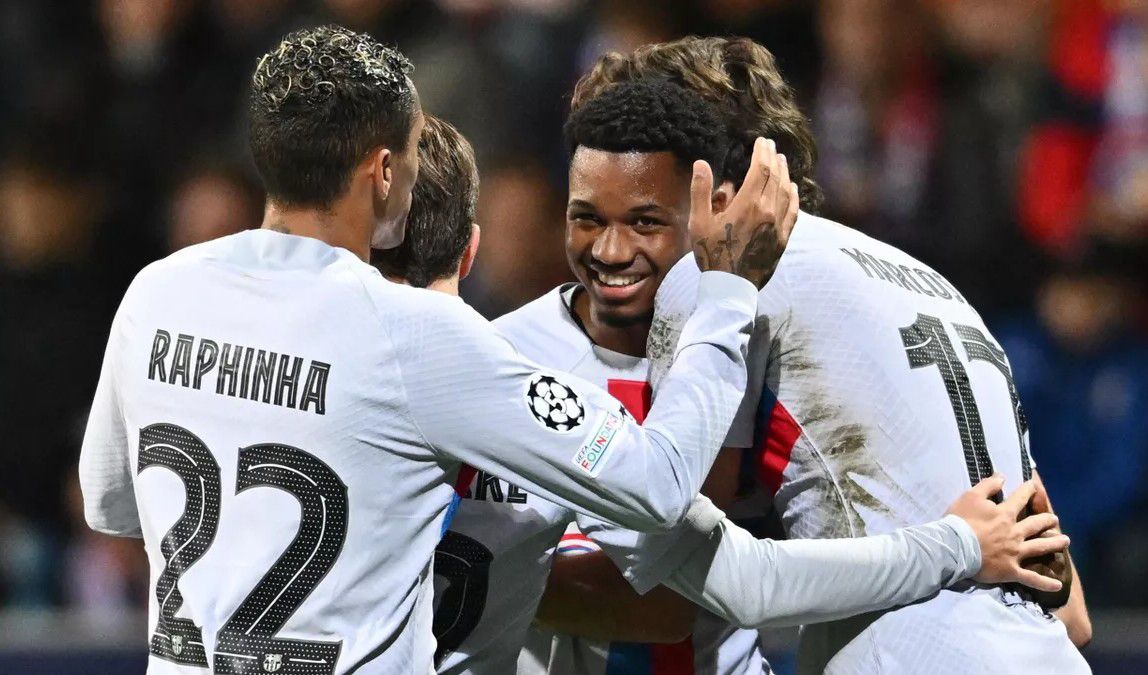 Marcos Alonso opened the scoring sliding in on the line after Ansu Fati’s effort crawled under Jindrich Stanek and then,

although initially given offside, Torres netted a second just before half time steering home after Jordi Alba headed Raphinia’s ball to him.

Pablo Torre, on his debut, barged over Tomas Chory who got up to send another debutant Inaki Pena the wrong way from the spot to pull a goal back, but soon afterwards Torres had his second after neat exchange of passes with Raphinha.

Chory scored another with a powerful header from Adam Vlkanova’s cross but Barcelona had the last word with Torre smashing into the net after a through-ball from Raphinia.

The win leaves Barcelona on seven points and Plzen with six defeats, with their finishing positions of third and fourth in Group C established before this match.