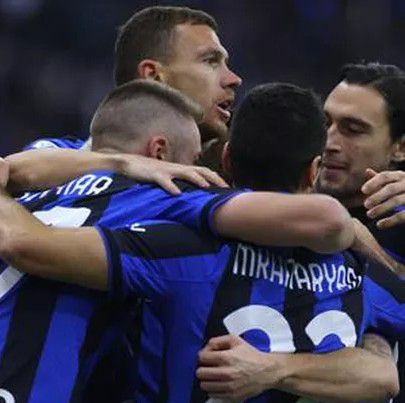 Inter made the breakthrough after just 10 minutes with their first shot on target, Nicolo Barella rolling a cross into the path of Dimarco who slotted home at the back post.

Milan had more of the ball towards half-time, but without getting any dangerous attempts on target, and after the restart saw Rafael Leao blast just over the bar from a promising team move.

Milan’s best chance came in stoppages, as Ante Rebic saw his cross-shot thump the top of the crossbar.