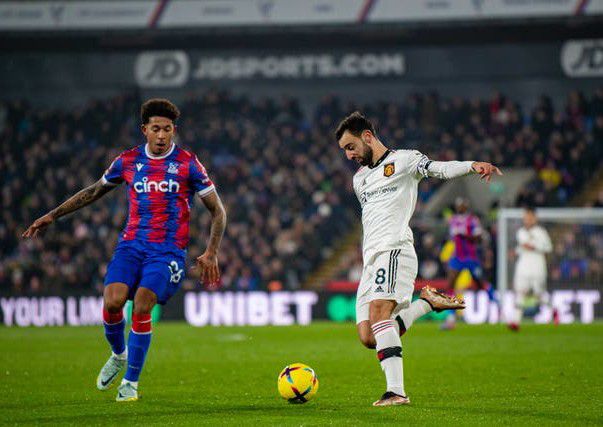 Crystal Palace ended Manchester United winning run with a late equaliser by Olise in a 1-1 draw.

Bruno Fernandes’ first-half goal was enough to see United through, with David De Gea pulling off a couple of world class saves to deny Palace a way back into the game.

Casimiro, who started the game on four yellow cards, was booked in the second half which means he will be suspended for Man Utd’s clash at Arsenal on Sunday.