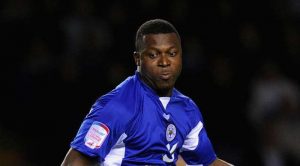 The former Nigeria striker became Africa’s first player to score a treble in the Champions League.

During his spell at Maccabi Haifa. Having suffered a 5-2 defeat to Manchester United in a Group F encounter.

The Israeli top-flight side bounced back with a 3-0 demolition of Olympiacos on,

It was a relatively unknown ‘Yak’ who got all the goals against the Greek top-flight side. 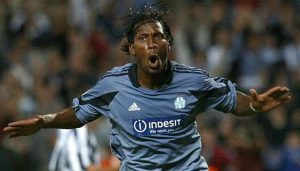 Drogba joined Yakubu in the hallowed ranks of Africans to have found the net on three occasions on October 1, 2003.

Nonetheless, the Ligue 1 outfit failed to progress past the group stage that boasted FC Porto and Real Madrid.

He got his second hat-trick on September 27, 2006, in Chelsea’s 3-1 triumph over Levski Sofia in London. 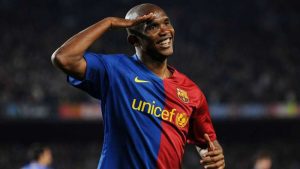 En route to when Barcelona lifted the European crown for the second time in their history.

Thee Spanish top-flight side beat Panathinaikos 5-0 at Camp Nou during a Group C encounter on November 2, 2005.

Before, Eto’o doubled the Blaugrana’s advantage in the 14th minute.

While the Cameroonian star completed the obliteration in the 40th and 65th minutes respectively.

He scored his second hat-trick during his spell at Inter Milan. 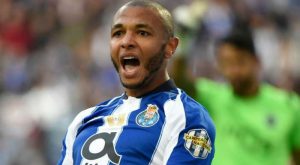 Africa had to wait for four years before seeing one of its players join the hat-trick gang again.

This time, it was Brahimi who put up a commanding performance to propel Porto 6-0 past Bate Borisov on September 17, 2014.

Aside from the Algerian’s man-of-the-match performance,

Jackson Martinez, Adrian Lopez and Vincent Aboubakar completed the decimation at the Estadio do Dragao. 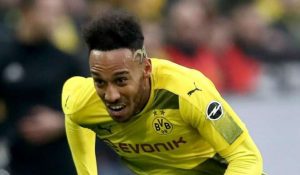 During his spell at Borussia Dortmund, the Gabon superstar became the first African,

to net a treble in the competition’s knock out phase.

Aubameyang contributed three goals before setting up Christian Pulisic in the 4-0 thrashing at Westfalenstadion, to progress 4-1 on aggregate. 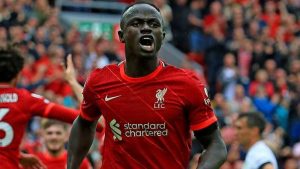 for nine years with an emphatic victory, 5-0 at Porto’s Estadio do Dragao in their Champions League last-16 first-leg tie.

MohamedSalah and RobertoFirmino also found the net in the fixture played on February 14, 2018. 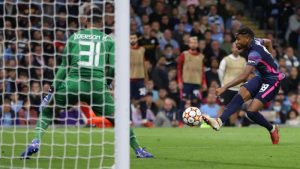 Having found the net thrice in the Bundesliga side’s 6-3 defeat to ManchesterCikty on Wednesday night.

as Pep Guardiola’s men hit the German elite division side for six. 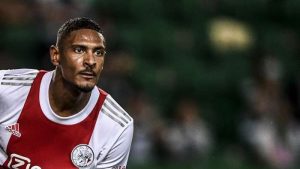 Haller not only turned in four goals in Ajax’s 5-1 decimation of Sporting CP.

as the second player to score four goals on his maiden appearance in the competition’s history.