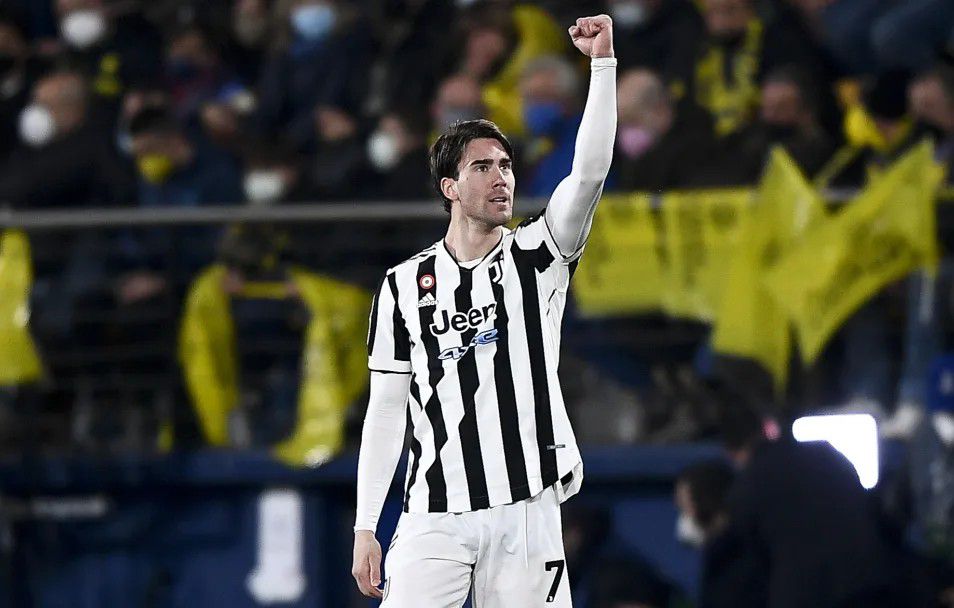 Juventus Boss Max Allegri has responded to comparisons being made between Dusan Vlahovic and Cristiano Ronaldo after the Serbian forward’s electric start to life in Turin.

Vlahovic made the controversial move from Fiorentina to Juventus in Janaury for a reported £62.8m,

and has continued the form which earned him the transfer by scoring four goals for the club – taking his Serie A tally for the season to 20, having scoring 16 for the Viola.

The former fiorentina forward took the number seven jersey when he joined the club, a number previously worn by Cristiano Ronaldo.

That, along with his goalscoring form, has seen many begin to draw comparisons between Vlahovic and Ronaldo.

Allegri addressed this comparisons in an interview with DAZN.

“I don’t think you can compare them, the previous [number] seven won the Ballon d’Or four times, whereas Vlahovic is at the beginning of his career.

A good game isn’t enough, you need immense mental strength and he is at the start of his journey.”

Allegri also took the time to praise Vlahovic’s ‘character’ and the fact that he’s been able to add something to the squad which they previously didn’t have.

“Vlahovic is an important player, he has character as well as quality and has the kind of characteristics we didn’t have in the squad.”

“You could tell straight away this lad has character, wants to win and is eager to learn.

He moved a lot more today, didn’t just stay central, and that was a big advantage for him and for Juventus.”