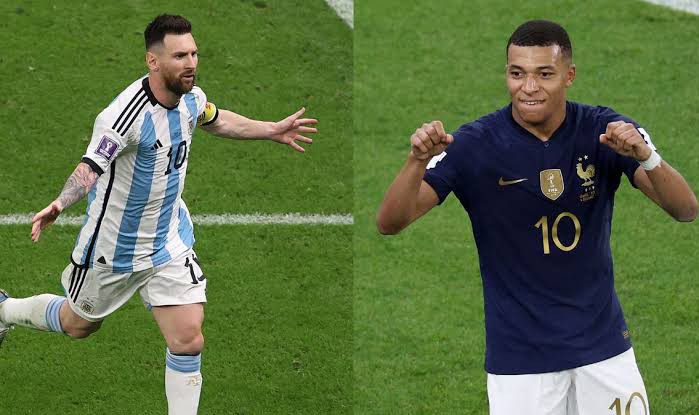 France may have to make do without Olivier Giroud in today’s World Cup final, while Argentina icon Lionel Messi has shrugged off a potential hamstring injury.

The 35-year-old was seen holding the back of his leg during his country’s semi-final win over Croatia but was quick to stress he felt “really good” after the game.

Messi subsequently did not feature in training for Argentina the following day, however his participation in the World Cup final is not in doubt as he completed indoor recovery work.

There is hope that Angel Di Maria will be fit for the showpiece after his injury problems, while both Marcos Acuna and Gonzalo Montiel will be available following their respective suspensions.

The France camp appears to have recovered from a virus sweeping through the squad, but Giroud has reportedly suffered a training injury on the eve of the game.

Raphael Varane and Ibrahima Konate were the latest players to show signs of illness on Friday, after Adrien Rabiot, Dayot Upamecano and Kingsley Coman sat out the win over Morocco.

All five were on show for the squad’s open training session one day prior to the game,

while Aurelien Tchouameni and Theo Hernandez, who also missed training on Friday because of knocks to their hip and knee respectively, were also on the pitch with the rest of the squad.

Giroud was involved with the group but head coach Didier Deschamps used their final training session on Saturday evening to try out youngster Marcus Thuram on the left,

with Kylian Mbappe through the middle as the No9. Could we see a curveball team selection for the final?

There have also been suggestions that Karim Benzema could make a sensational return to the France squad for the final,

but on Saturday night he appeared to rule out such a move in a good luck message to the squad on social media.

The Ballon d’Or winner was ruled out for the whole World Cup with a thigh tear suffered in training on the eve of the tournament,

but is still registered with the squad as manager Deschamps declined to call up a replacement.