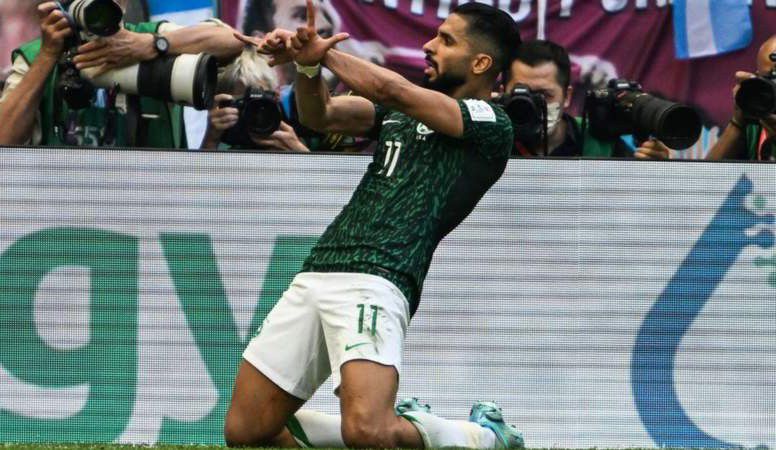 Saudi Arabia came from behind to defeat Argentina Messi by 1-2 in their World Cup group opener.

Lionel Messi’s bid to win international football’s biggest prize in his fifth and final appearance got off to a dream start when he rolled in a penalty after just 10 minutes.

Saudi arabia ranked 51st in the world came from behind to secure the biggest win in their history against one of the competition favourites.

It marks Argentina’s first defeat in three years and in 36 matches and the first time they have lost a World Cup game after taking the lead since 1958.

Messi scored from the penalty spot in a dominant first-half where Argentina had the ball in the net four times – three of those efforts ruled out for offside.

Three minutes into the second-half, Saudi Arabia pounced after winning the ball in midfield with Saleh Al-Shehri charging forward.

in from the left, sidestepping challenges before bending a superb effort into the far corner with Martinez getting a hand to it but unable to keep it out. 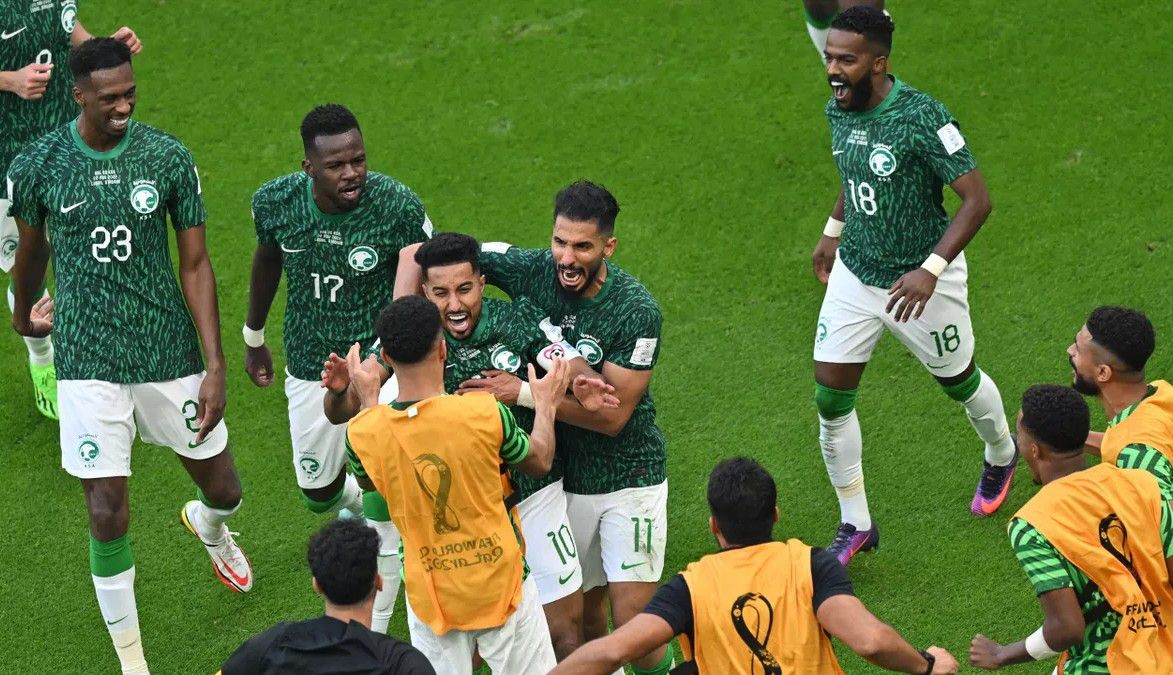 Argentina cranked up the pressure as they chased an equaliser, denied with Mohammad Alowais producing a fine reaction save to deny

Lisandro Martinez’s effort after a deflection off Nicolas Tagliafico.

Hassan Altambakti made a number of crucial interventions to keep his side in the lead with Abdulelah Al-Amri heading off the line in the eight minutes of injury time to deny Julian Alvarez.

In the final minutes, Yasser Al-Shahrani was felled after another heroic piece of defending,

taking a knee to the head from his own goalkeeper after clearing his lines with Messi lurking.