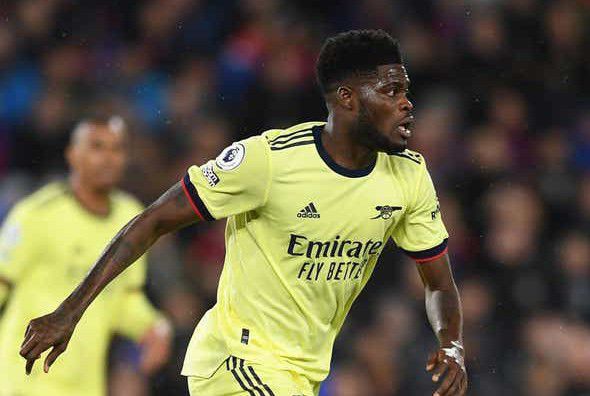 Arsenal head coach Mikel Arteta has conceded it is increasingly unlikely that Thomas Partey will play again this season.

Partey limped off with a thigh injury in the 3-0 defeat at Crystal Palace earlier this month and Arsenal fear the midfielder will not return until the summer.

Losing Partey for the run-in would represent a severe blow for Arsenal in their fight to finish fourth and qualify for the Champions League.

The Gunners have slipped below Tottenham to fifth place after back-to-back defeats and have also lost Kieran Tierney for the rest of the season due to a knee injury.

Speaking ahead of Saturday’s trip to Southampton,

“The news that we got after having another assessment was not great.”

“It is not looking very positive [for] his availability this season, but we will have to wait and see.

“He is trying to get back as quick as possible, but at the moment we are not very optimistic about it.

elements was going to be having the team available and the squad available as much as possible.”