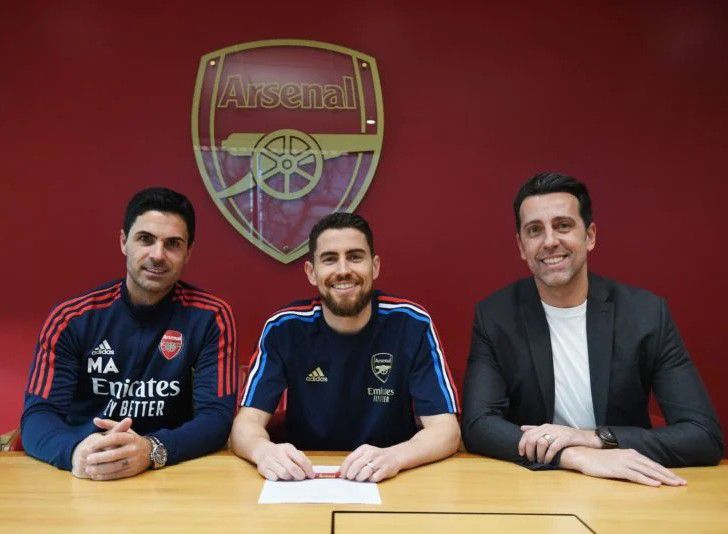 Arsenal have the signing of Jorginho from Chelsea in a Deadline Day deal worth £12m.

Jorginho could make his Arsenal debut against Everton next weekend, with the Gunners currently five points clear at the top of the Premier League.

Rio Ferdinand has warned Jorginho that he may not be a  Premier League starter for leaders Arsenal and will be replaced by a big-money signing in the summer.

‘I’ve been known to criticise Jorginho and just to clarify that, I was criticising him because the way Chelsea played when he first got there, it didn’t help him.

‘There were too many big spaces around him and he was being exposed physically,with a lack of pace and dynamism.

They changed the way they played with and without the ball and got bodies near him to help him and that made him a better player.

‘Whatever you think of him, he’s a fine passer of the ball, especially cutting through the lines, he keeps it ticking, we saw that with Italy in the Euros.

‘He’s a fine technician on the ball and I think he will be a point of difference to [Thomas] Partey.

He can come in if need be and fill that gap with the experience he’s got.

‘I don’t see him being a starter for Arsenal, I’ve got to be honest.

I don’t think Jorginho is a long-term signing. He’s a stop-gap and they will get a big midfielder in the summer.

‘But everything I hear about him as a pro has been positive. Nothing but positive.

In the changing room, he’s a leader, he talks and he demands high standards from his team-mates.

‘I bet he can’t wait to go there because Arsenal are top of the Premier League!’

Jorginho divided opinion throughout his time at Stamford Bridge, but with over 200 appearances, 29 goals (almost all from the penalty spot with a hop and a skip),

and four trophies to his name (including Champions League, Europa League, Super Cup, and the Club World Cup) 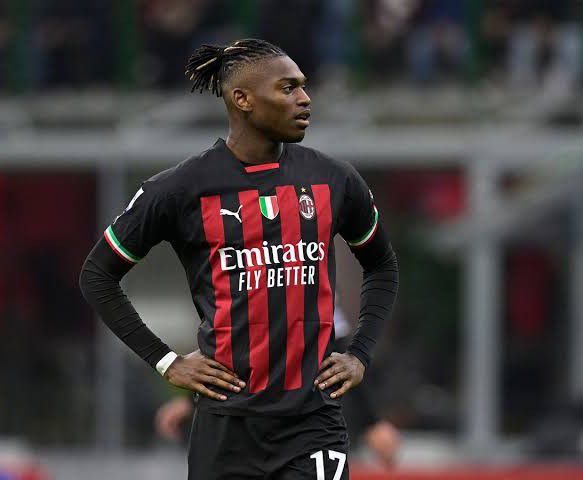 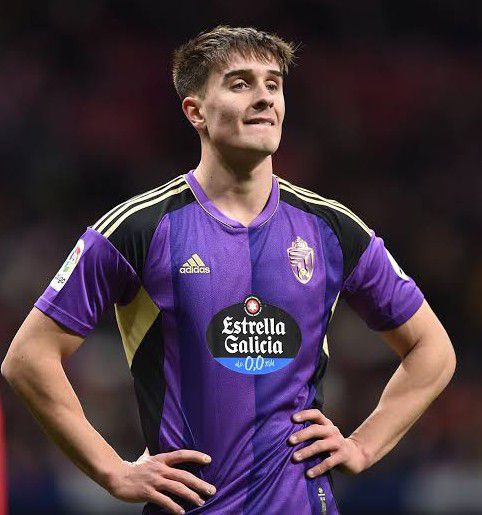 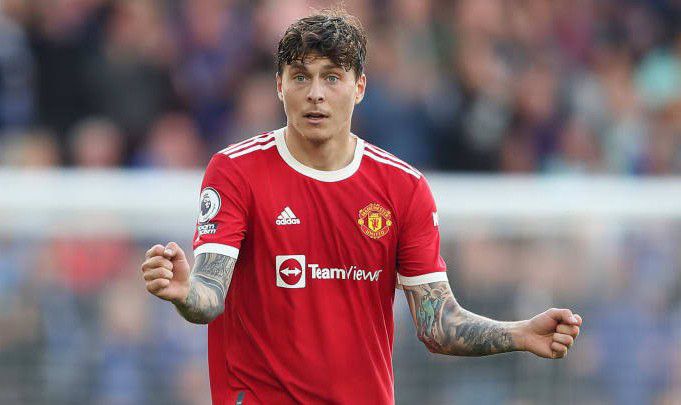 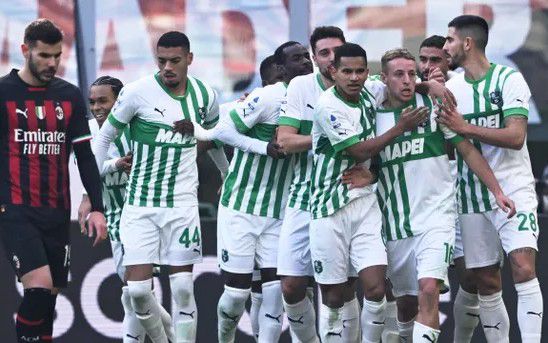 Milan’s season has gone completely off the rails after a 5-2 thrashing at home by Sassuolo, a week after conceding four against Lazio.

And three minutes later it was Berardi again the provider for Davide Frattesi to hammer the ball in at the near post.

Milan did react to that shocking one-two with a towering Giroud header into the far top corner from Davide Calabria’s cross to shake them out of the slump.

But the Rossoneri’s defensive woes continued as Berardi headed in a corner at the near post to make it 3-1.

Piolo brought on only Rafael Leao at the break and they soon found themselves further behind when Calabria conceded a penalty with a late challenge on Armand Lauriente, who dispatched it to make it 4-1.

Rafael Leao came on for the second half, but within 35 seconds Sassuolo had a

penalty when Calabria struggled to keep up with Laurienté, the winger also converting into the near bottom corner past Tatarusanu’s fingertips.

It was the first time in their history that Milan conceded four goals in back-to-back Serie A games.

They got another one back as Sandro Tonali’s free kick was flicked on by Pedro Obiang for Rebic’s half-volley from six yards at the far stick.

However, it was disallowed because the Semi-Automatic Offside Technology showed Rebic was marginally offside on the free kick.

Many Milan fans left the stadium, therefore missing the fantastic Divock Origi scorcher from distance in off the underside of the crossbar at the far top corner. 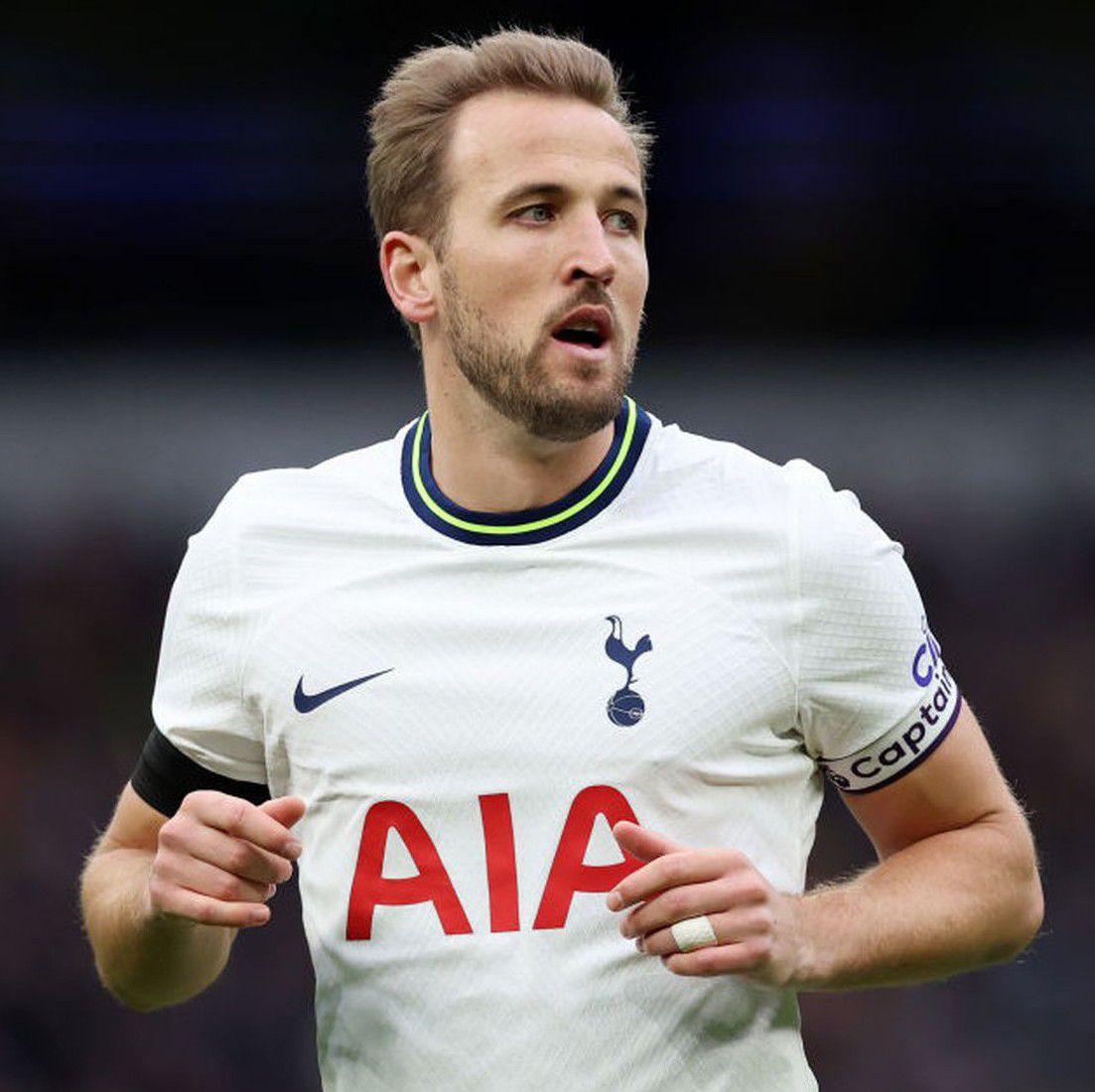 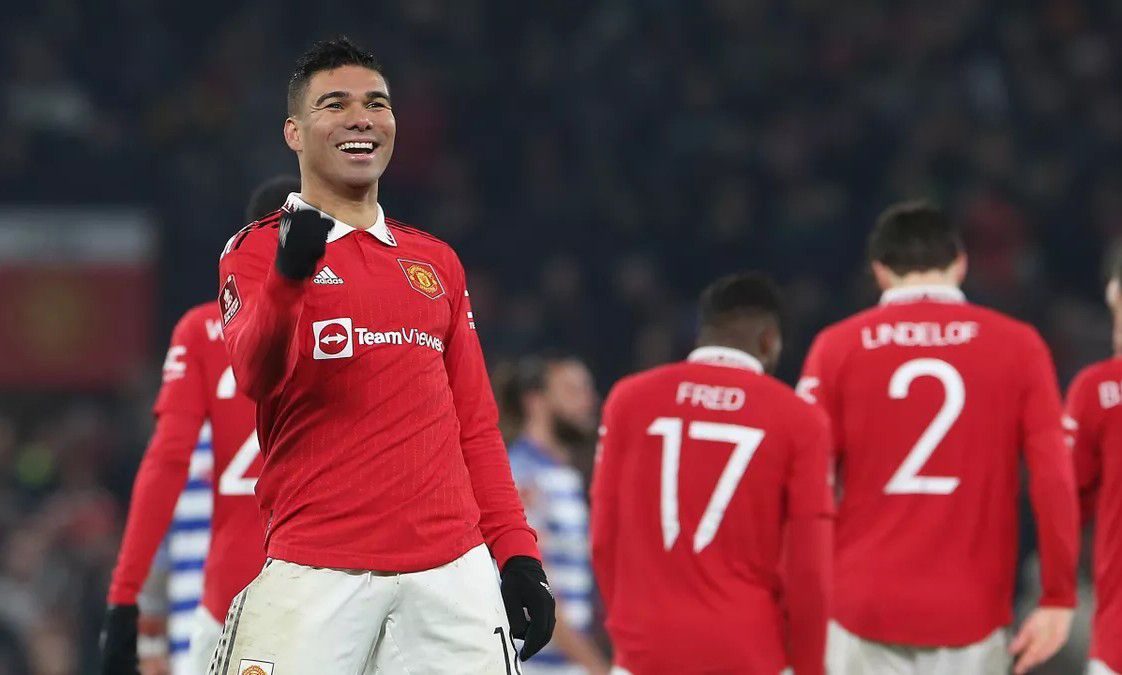 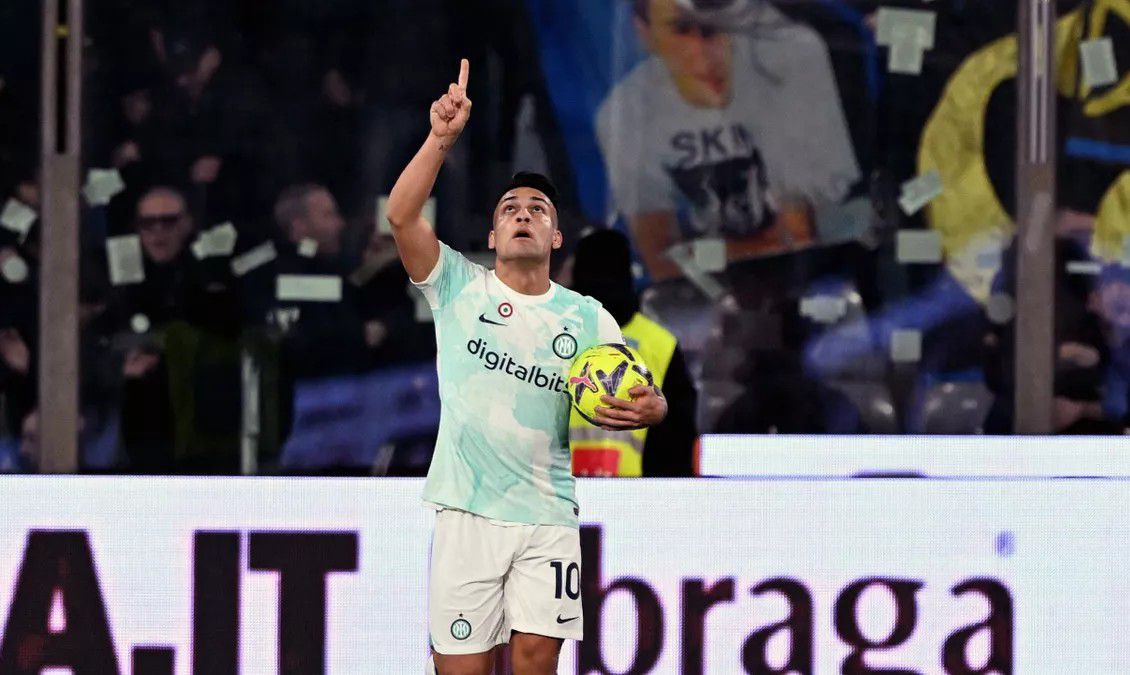 Lautaro Martinez struck twice to turn it around as Inter Milan came from behind to defeat Cremonese.

A stunning Davide Okereke strike had given Cremonese the shock lead, But a quick

reply from Martinez got Inter back on level terms before he and Edin Dzeko combined to find a winner in the second half.

Inter dominated the opening minutes with six corners, but Cremonese took the lead with their first foray forward,

an extraordinary Okereke strike from distance that looped and dipped right into the far top corner.

Cremonese were still looking for their first Serie A win, but since new coach Davide Ballardini took over had knocked Napoli out of the Coppa Italia.

Charles Pickel sat out a ban with Luka Lochosvili and Giacomo Quagliata on the treatment table.

Dzeko had stronger penalty appeals for a Chiriches tackle, but the referee waved play on and considered it too light a contact to penalise with a spot-kick. 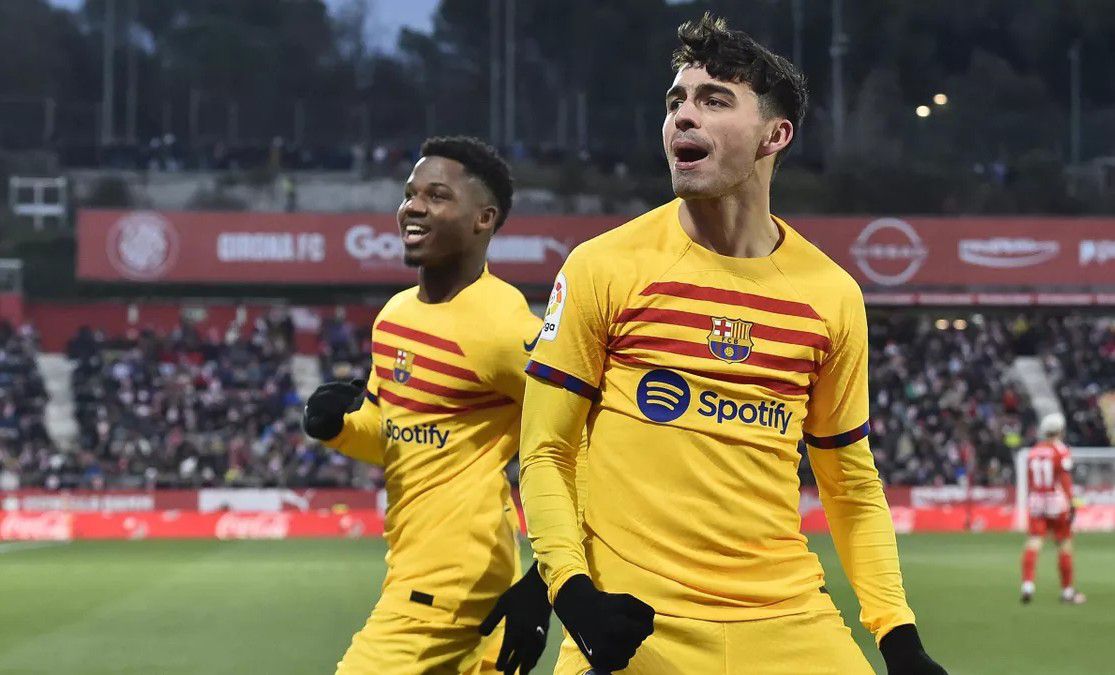 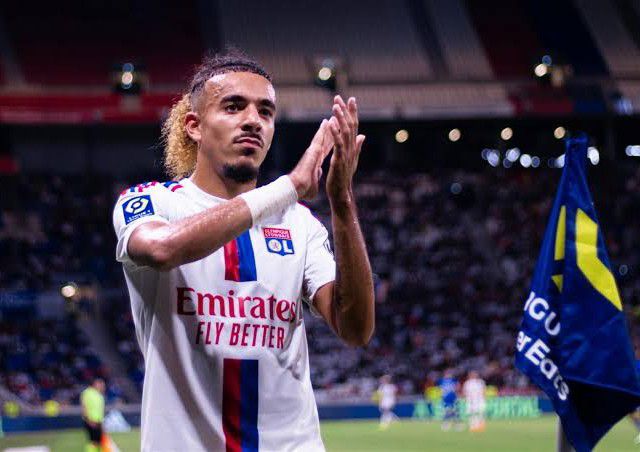 Read Also: “I Am The Youngest Of 10 Siblings From A Poor Upbringing”_Moises Caicedo Issues Public Transfer Request