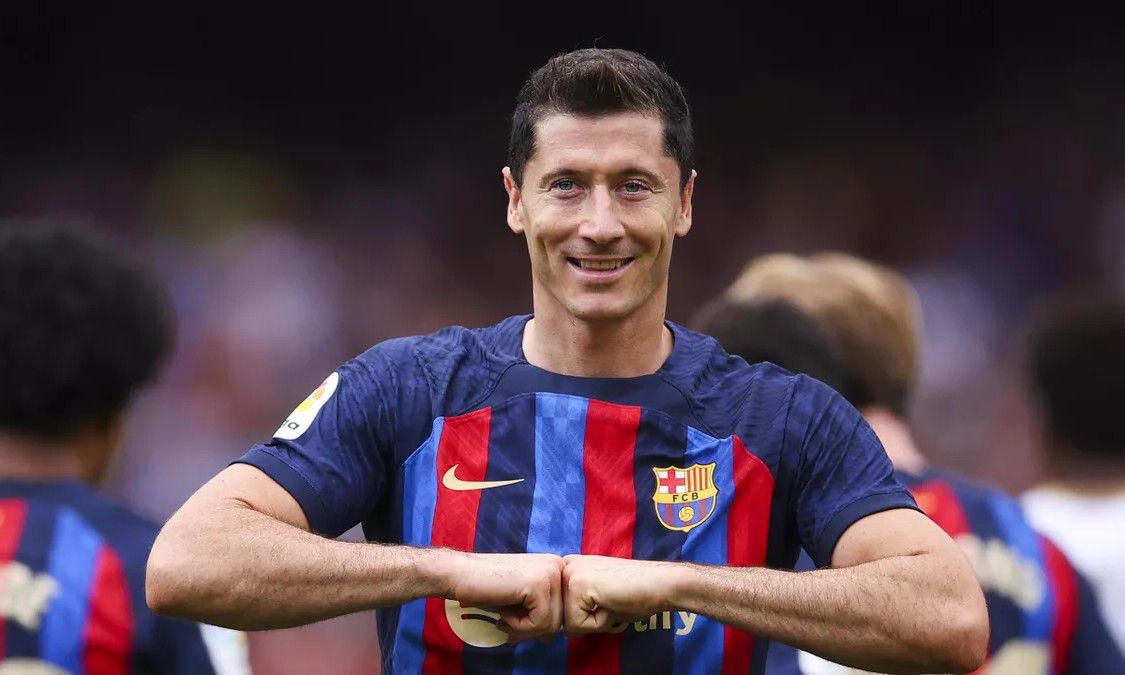 Barcelona went top of the Liga table after a comfortable 3-0 win over 10-man Elche at the Camp Nou.

Robert Lewandowski scored twice against the league’s bottom side to help Barca leapfrog Real Madrid in the standings by a single point, for one evening at least.

The result for Elche, meanwhile, means they remain rooted to the bottom of the table on just one point after match where their captain and manager got sent off.

Barcelona dominated from the first minute and a real breakthrough for the hosts came in the 14th minute when Elche’s captain Gonzalo Verdu was shown a straight red card for rugby tackling Lewandowski as he looked set to be clear through on goal.

Barca deservedly took the lead in the 34th minute through the in-form Pole.

Alejandro Balde’s low driven ball across the goalmouth was tapped in by the striker at the far post for his tenth goal of the season in all competitions.

The hosts extended their advantage four minutes before the break when Memphis Depay spun his marker John Chetauya inside the box before smashing his shot into the roof of the net.

Barca had the ball in the net again moments later through Pedri, but Lewandowski was offside in the build-up.

Nevertheless, Elche boss Francisco Rodriguez was furious and was subsequently sent off by referee Alejandro Ruiz.

Lewandowski got his second and Barca’s third shortly after the break.

In the 48th minute, Ousmane Dembele’s low cross was not cleared properly at the near post.

The ball squirmed out to Depay who laid it off for Lewandowski to fire in.

Ronald Araujo came closest to getting a fourth for Barca, but his acrobatic scissor kick volley from two yards out following a corner flied just wide of the post.