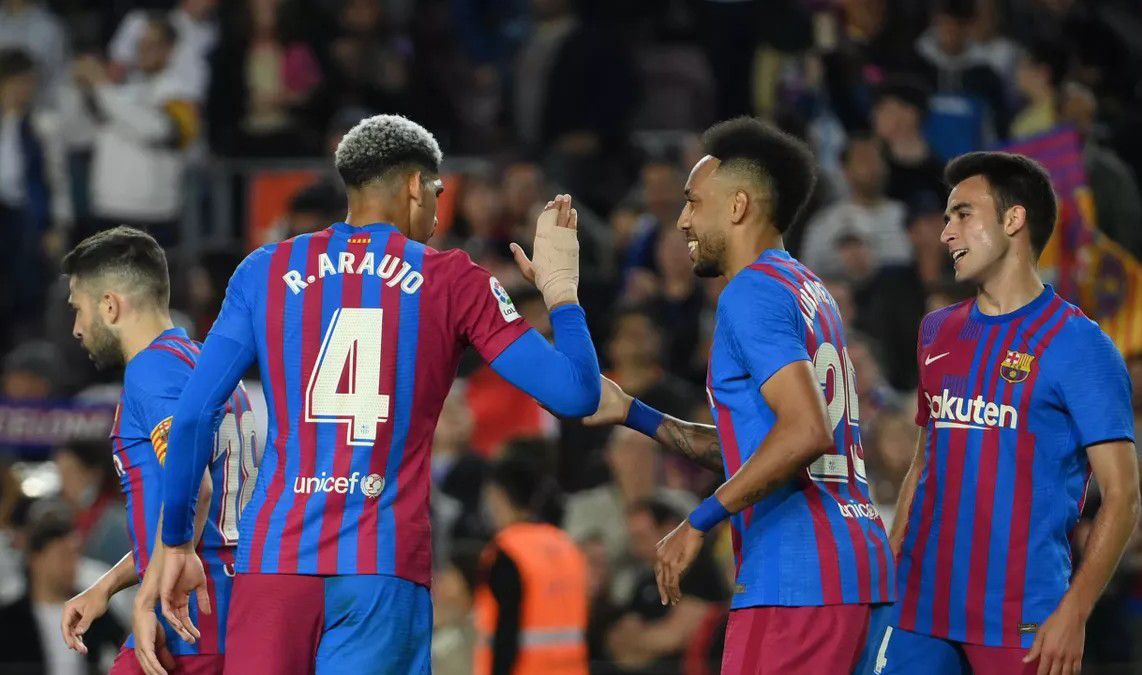 Barcelona strengthened their hold on second place in La Liga with a 3-1 win over Celta Vigo at the Camp Nou.

Memphis Depay opened the scoring with a neat finish after a sensational assist from Ousmane Dembele,

before Pierre-Emerick Aubameyang doubled Barcelona’s lead minutes before half time.

The former Arsenal captain then stretched Barcelona’s lead to three goals just a few minutes into the second half,

Iago Aspas pulled one back for Celta Vigo prior to the incident involving Uruguay international Araujo,