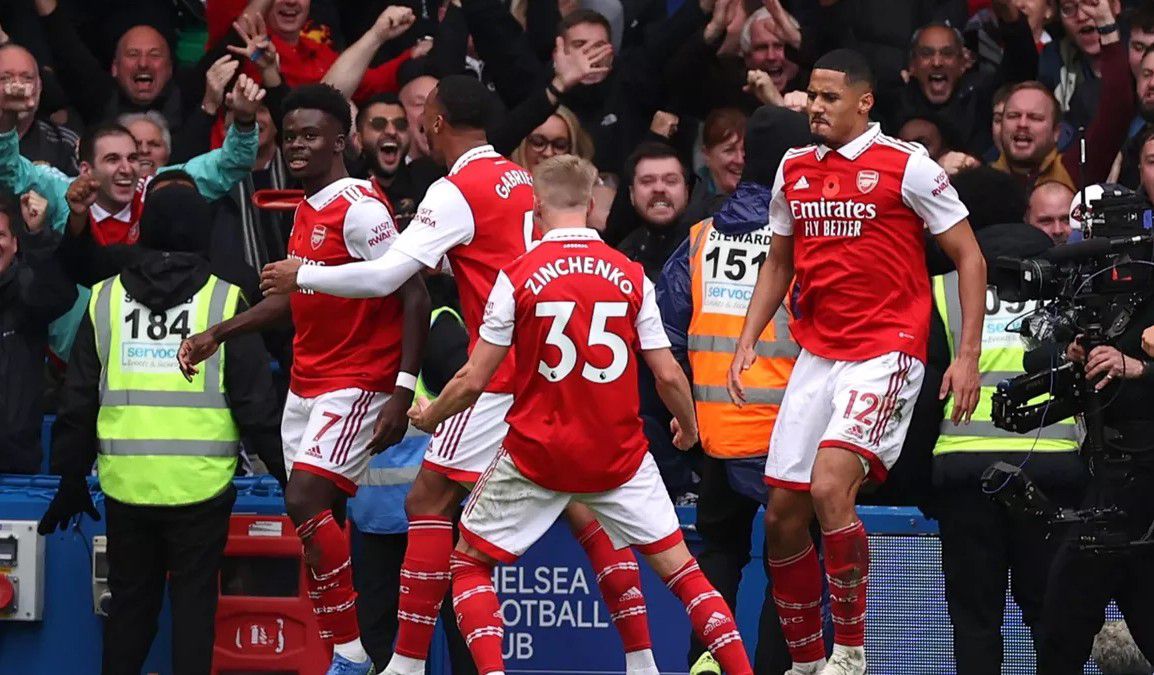 Gabriel Magalhaes poked home a corner into the roof of the net to take Arsenal to the Premier League summit with a 1-0 victory against Chelsea at Stamford Bridge.

The best chance of the opening half fell to Gabriel Jesus around the half-hour mark.

His Brazilian team-mate Gabriel Martinelli brilliantly got past Cesar Azpilicueta before curling a pinpoint inswinging corner to the far post towards a completely unmarked Jesus.

The striker’s diving header, however, went wide as his goal drought continued.

Arsenal continued to pressure the home side in the second half as Graham Potter’s men struggled to get out of their half.

The goal, which came from a corner, saw Bukayo Saka hit a low cross into the box, which pinged through several Chelsea defenders.

The ball looked to be going in, but for good measure, Gabriel poked it into the roof of the net from close range.

Up next, Arsenal will host Brighton in the Carabao Cup, while Chelsea will face the monstrous task of taking on Manchester City in the same competition.