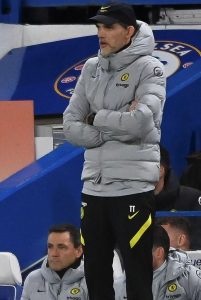 Chelsea weren’t the most active team in the summer transfer window, putting most of their energy into completing the re-signing of Romelu Lukaku, however the team are expected to revisit the market in January with depth on the agenda for Thomas Tuchel.

Saul Niguez’s arrival in the summer has been nothing short of a disaster, with the Spaniard having disappointed pretty much every time he has appeared on the pitch.

It is expected he will have his loan spell cut short in January, with the Blues then likely to head back into the market to replace him.

Ruben Loftus-Cheek is expected to leave in January which will give Marina Granovskaia further room to manoeuvre with regards to a midfield signing.

Whereas in the summer there are serious options on the table to add goals from wide areas in order to take pressure off the struggling Lukaku.

Thiago Silva’s contract extension has lessened the need for a defensive signing in January.

Although Antonio Rudiger’s contractual situation is a potential problem ahead of the summer with both Manchester United and Real Madrid linked to his signature.

With Chelsea having money to spend as soon as January, there is no doubt they will be more active in the two windows set to take place in 2022, but just who are the Blues targeting?

Chelsea still hope that Rudiger will re-sign with the London club, but they are preparing contingency plans if he defects to Real Madrid in the summer.

Torino defender, Gleison Bremer, has enjoyed a fantastic season in Serie A.

Showing a marked improvement in his performances and is attracting interest from other clubs.

The Brazilian, at just 24 years old, is a quintessential Chelsea target, with the scope to improve with experience.

And make up for the loss of physical presence in defence that Rudiger would undoubtedly leave behind.

Chelsea’s starting midfield three of Jorginho, N’Golo Kante and Mateo Kovacic is one of the best around.

And this makes signings in that area somewhat difficult as it isn’t possible to offer them a starting position.

However, Milinkovic-Savic’s situation at Lazio could well make this deal much more beneficial for all parties.

He has fallen out of favour with Maurizio Sarri and his value is only going to decrease without football.

The Serbian midfielder would give Chelsea something they don’t have, power in midfield, and his technical attributes would often give Tuchel tactical options if he doesn’t wish to select Kai Havertz in a game where more defending is required.

This is a move that Chelsea’s scouting team has eyed for over a year, although he is deemed as being level in ability with Declan Rice, whom Frank Lampard was desperate to re-sign during his final summer in charge at Stamford Bridge.

Tchouameni is a blue-chip talent, a midfielder that you build your team around.

And there has been substantial evidence of this in his displays for Monaco this season.

Unlike Milinkovic-Savic, Tchouameni would be a marquee signing who would be expected to slot straight into the starting XI.

So, this may well be a deal that has to wait until the summer and be dependent upon one of Chelsea’s big three in midfield departing.

Dembele and Tuchel have a good relationship from their time at Borussia Dortmund together.

With the German coach overseeing the French forward’s incredible development in the Bundesliga.

At his best, Dembele was a prodigious attacking talent who made defenders miserable with his quick feet and direct play.

That player has been lost at Barcelona and he is looking to run down his contract which expires in the summer.

This has put the Catalan club in a difficult position of needing to sell him in January to avoid making a disastrous loss with the forward having been the club’s second most expensive signing.

Such a development could aid Chelsea who are desperate for more support around Lukaku.

Meanwhile, Dembele being available for a cheap price in January would give Tuchel an additional weapon for both the Premier League and Champions League campaign.