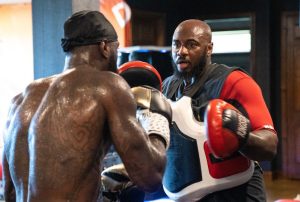 Malik Scott Wilder’s trainer has revealed that Wilder’s feelings towards Tyson Fury did not change after their incredible trilogy fight on Saturday night.

The ‘Gypsy King’ and ‘Bronze Bomber’ produced a legendary battle for the ages as they were both floored twice before Fury won by knockout in round 11.

It was Fury who made the first breakthrough as he put Wilder down in round three. 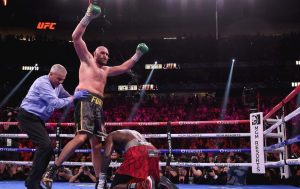 However, the American quickly recovered and floored the Brit twice in the fourth.

Prior to the bout, there was a great deal of bitterness between them as Wilder believed Fury cheated in their last meeting.

Despite this, the ‘Gypsy King’ approached him to show respect after the KO.

Read Also: Deontay Wilder Speaks Out And Gives First Reaction To Tyson Fury KO As He Is Taken To Hospital.

• I Am ‘Greatest Heavyweight Of My Era’ After Beating Deontay Wilder. Says Tyson Fury

He later said to BT Sport:

“I said, ‘Well done mate,’ and he said ‘I don’t want to show any sportsmanship or respect’.

I said ‘No problem.’

“Deontay, obviously, he looks at Fury as a man he had serious issues with concerning certain allegations and certain things he’d seen with his own eyes.

“Tonight, after they released all that energy, he still felt the way he felt.”

Despite Wilder’s reaction, Scott himself gave Fury plenty of respect.

“I always said in this whole build-up – I never s***ed on his skills or the kind of fighter he was,”

“Well, after tonight I’m gonna consider him a ‘great’ fighter.

“After the last knockdown, the referee waved it off, I had no problem with it.

“Deontay fought his heart out. He was great, Fury was greater tonight.

“The best man won. The heavyweight division is on fire.”