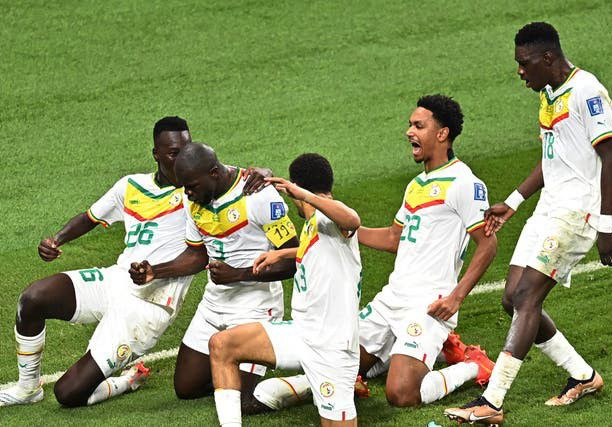 Kalidou Koulibaly’s superb volley earned Senegal a place in the World Cup knock-out stages for just the second time as they beat Ecuador 2-1.

cacophony of drumming from their supporters in Al Rayyan.

Watford winger Sarr coolly stroked home from the spot, after being clumsily upended by Ecuador defender Piero Hincapie, to put the African champions deservedly ahead.

Koulibaly’s composed finish immediately regained the lead for Senegal, who knew only victory would be enough to go through barring an unlikely Qatar upset against the Netherlands.

They held out amid a nervy six minutes of stoppage time to finish as runners-up in Group A behind the Dutch, who clinched top spot by handing the tournament hosts a third defeat in three games with a comfortable 2-0 win in Al Khor.

Aliou Cisse‘s side are potential last-16 opponents for England given the Lions of Teranga will next face the winners of Group B – a berth Gareth Southgate‘s team could seal later on Tuesday.