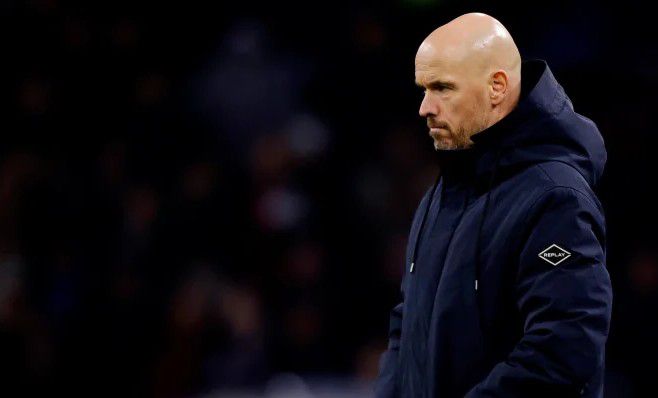 Ajax manager Erik ten Hag has reacted angrily to repeated questions about whether he will be taking over at Manchester United at the end of the season.

Ralf Rangnick is currently in interim charge of first-team matters at Manchester United but he is moving into an advisory role in the summer.

Manchester United have stepped up their search for a permanent replacement, with sportdaylight reporting earlier this week that the club were closing in on appointing Ten Hag.

With speculation ramping up, the Ajax boss has been getting more and more questions about his future at pre-match press conferences.

This was again the case before his side’s game against Sparta Rotterdam on Saturday evening with Ten Hag growing tired of the repetitive line of enquiry.

“We are busy with training and with the matches.”

“That way you keep the focus on it. I want to talk about the game and not about other things and whether or not I’ve had conversations.

“Questions about the game or I am going inside.”