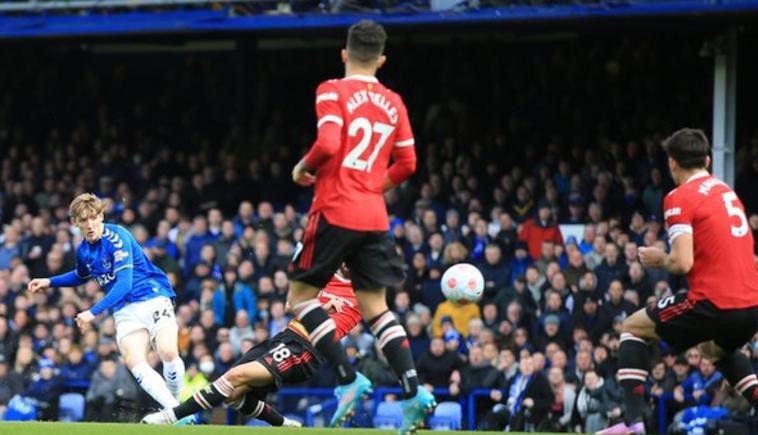 Everton secured what could prove a priceless victory in their battle to avoid relegation as lacklustre Manchester United were beaten at Goodison Park.

prospect of dropping into the bottom three this weekend if results went against them.

Read Also: The Reason Why Haaland Has Ruled Out A Move To Manchester United

In a game low on quality but high in tension, Everton’s victory came courtesy of Anthony Gordon’s 27th-minute drive, which took a heavy

and a vital late block from Cristiano Ronaldo, but there was rarely any sense of siege as

United lacked urgency, failing to break through in another blow to their hopes of making the Premier League’s top four.