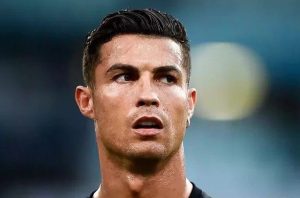 Cristiano Ronaldo could decide to depart Manchester United next summer ‘if they fall out of top4 spot’  and try his luck elsewhere.

These are five of the possible destinations for Ronaldo if he does decide to leave the Red Devils in the summer 2022 transfer window.

With Kylian Mbappe’s contract expiring in June and Real Madrid interested in signing the France international.

Ronaldo seems a good candidate to fill in the PSG forward’s void.

Should the Ligue 1 side sign Ronaldo, they will become the first team to bring together the Portuguese star and Lionel Messi.

Read Also: Kylian Mbappe: All There Is To Know Just 50 Days Until He Can Negotiate

Ronaldo departed Los Blancos in 2018 to join Juventus and, since that summer, he has been constantly linked with a move back to the Estadio Santiago Bernabeu. 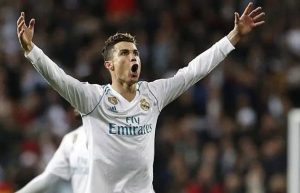 The Portugal international maintains a good relationship with Real Madrid and a potential comeback should not be ruled out.

In the past, the Manchester United forward hinted at a potential retirement at his boyhood club Sporting CP, where he plied his tried before joining the Red Devils in 2003.

If Ronaldo decides to return to his native country to hang up his boots, the Lisbon giants seem to be the only option he would contemplate.

Back in 2020, Inter Miami owner David Beckham expressed his wish to bring in stars such as Lionel Messi and Cristiano Ronaldo to boost the club’s brand name.

“You really want the best players and, if you have the opportunity to bring in players like Cristiano or Messi that would be great.”

It might seem virtually impossible, but nothing should be ruled out in football.

In fact, former Barcelona director Toni Freixa believes that this could be the Blaugrana’s chance to bring Ronaldo back to LaLiga Santander.

“If there’s a time for such madness then it’s now,” said Freixa, when asked about Ronaldo’s potential move to Barcelona during an appearance on Beteve’s ‘La Porteria’.