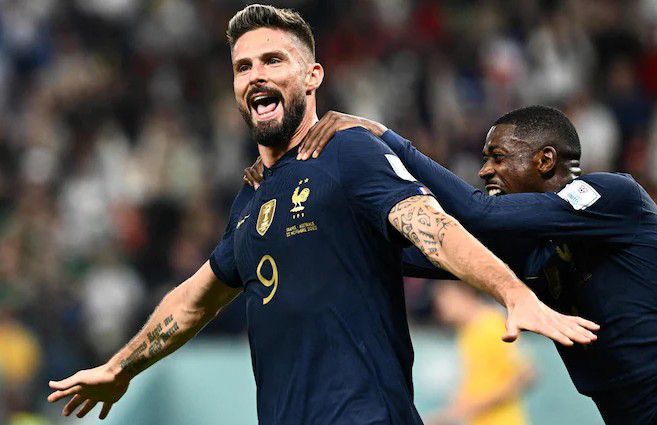 Olivier Giroud shines as France came from behind to beat Australia by 4-1.

Adrien Rabiot and Kylian Mbappe brought the holders from behind to beat Australia in another extremely enjoyable match.

They take control of Group C following Denmark’s draw with Tunisia earlier in the day, and will not surrender their title easily.

But inspired by the irrepressible Kylian Mbappe, France came back hard, and two goals in five minutes, from Rabiot and Giroud, gave them a half-time lead.

Things were slow after the break, France conserving energy and protecting the lead while Australia looked to hang on in the game.

But just after the hour, France exploded again to finish the contest, fine goals by Mbappe and

Giroud underlining the extent of their superiority and reminding the world that, for all their faults, their title won’t be relinquished without a fight.