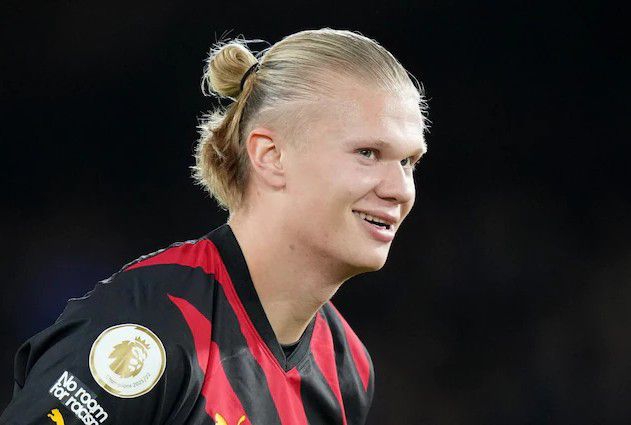 Erling Haaland has had a flying start to life in England, scoring 20 goals with his brace against Leeds United.

The Norwegian made the move from Borussia Dortmund this year in one of the most highly-anticipated moves of the summer, and he has backed it up with a fine start.

Haaland has always had an admiration for Leeds United – he was born in the city when his father played for them.

Former Dortmund striker admitted that he didn’t celebrate his two goals against Leeds United because he has “respect” for the club after being born in the city.

It was Haaland who stole the show yet again with two excellent finishes to continue his impressive start to the campaign.

His first was a simple tap-in after Jack Grealish pinched the ball off Robin Koch, before running through on goal and squaring across to Haaland to stroke home.

Haaland chose to do a muted celebration for both goals after he was born in Leeds back in 2000.

“It was planned. I did not feel like celebrating. I was born in Leeds and have respect for the club.

“I of course celebrated with Jack Grealish and said ‘Great work!’ because it was two fantastic assists.

Mum and dad were at the stadium. That is special.

When I was little I had a Leeds kit with Eirik Bakke on the back and a City kit with my dad’s name.”

Erling’s father, Alfie, played for the Whites when his son was born 22 years ago.

But he was just a matter of months old when Alfie chose to move to City, where the family connection now lies.

The 50-year-old was a cult hero at the club before breaking his leg following a horrendous challenge from Roy Keane.

Alfie was forced to retire from the top level after the incident despite playing some matches in the fourth tier of Norwegian football with Rosseland.

Despite being born in England, however, Erling chose to play for Norway at international level and he has since grabbed 21 goals in 23 matches for his nation.