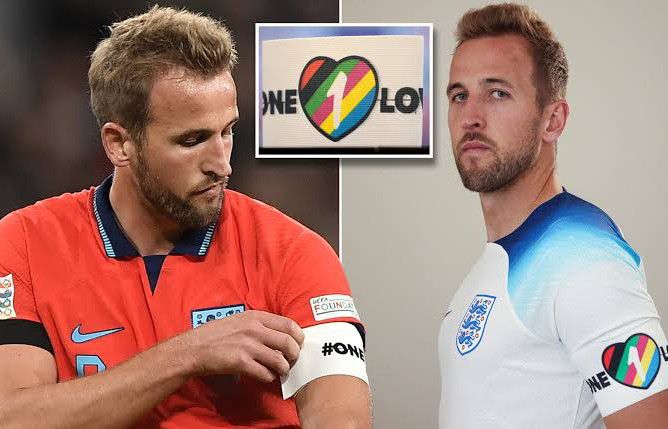 The FA are seeking urgent clarification from FIFA over the potential consequences of Harry Kane wearing the ‘OneLove’ armband in Monday’s World Cup opener against Iran.

There’s a reports that players who wear it could be booked before kick-off.

On the eve of England’s first game in Group B, the FA is understood to have been informed by

FIFA that Kane is not permitted to wear the armband which is designed to promote diversity and inclusion.

Wearing the rainbow-coloured armband holds even more significance at the World Cup in Qatar,

where homosexuality is illegal, and seven other European nations, including Wales, are also intending to make the same statement as England.

However, just days before the tournament began, FIFA notified countries of their own

‘football unites the world’, ‘share the meal’ and ‘bring the moves’.

An anti-discrimination armband was not included until the the quarter-final stage.

Under FIFA’s current laws, ‘no item [of playing kit or other clothing or equipment or otherwise]

may be worn or used in any controlled area if Fifa considers that it is dangerous, offensive or indecent, includes political, religious, or

personal slogans, statements, or images, or otherwise does not comply in full with the laws of the game’.

Players who go against that could receive a yellow card but Kane is adamant that he will wear the armband for England’s opening game against Iran on Monday.

‘We’ve made it clear as a team and a staff and organisation that we want to wear the armband.’

‘I know the FA are talking to FIFA at the moment, and I’m sure by game-time tomorrow they will have their decision.

I think we’ve made it clear that we want to wear it.’

Holland captain Virgil van Dijk, whose side face Senegal on Monday, alluded to the risk of a booking for wearing the armband. 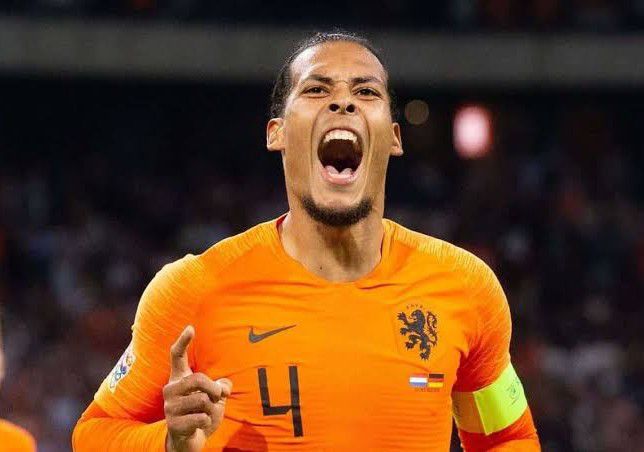 Meanwhile, Netherlands captain Virgil van Dijk insists he will also wear the armband for his side’s first game in Group A against Senegal on Monday.

‘Nothing changed from our point of view.’

‘If I will get a yellow card for wearing it then we would have to discuss it because I don’t like to play while being on a yellow [card].’

‘They haven’t given us any response to our letter.

‘I think there’s a possibility that we might be fined. And if we are, then we’ll pay the fine.

‘We think it’s really important to show our values. And that’s what we’ll be doing.’

Meanwhile, German FA chief Bernd Neuendorf hit out at FIFA for proposing an alternative just days before the start of the tournament.

‘We will stay with the European position,’ he told ZDF.

‘Fifa came up with their own armband idea just two days ago. That’s was not acceptable for us.

‘England have played with the ‘One Love’ armband already and the captains of the teams said they will play with it.

So we could not agree with FIFA on this point.’