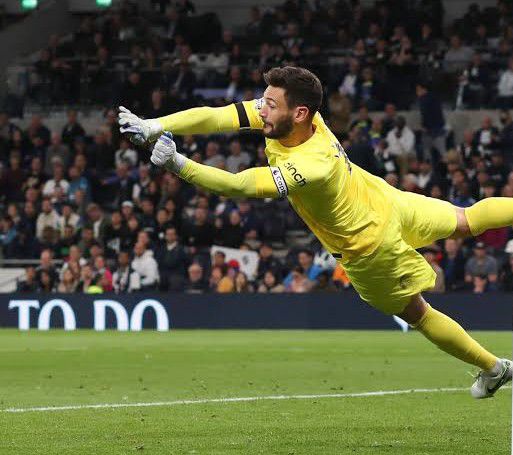 The 36-year-old made a record 145 appearances for France and captained Les Bleus as they won the 2018 World Cup in Russia.

“It’s not easy to announce, but after 14 years defending the shirt which I wore with great pleasure, pride, duty and a sense of responsibility, I believe I have reached the end.”

“I have decided to end my international career, with the feeling of having given everything.

“And I think it’s important to announce it now, before the start of the qualifying for the Euros, out of respect for the coach and the players, to let them start again.

“I’ve been reflecting on this since the end of the World Cup.

There was something deep inside me for a few months, which grew during the whole competition and which led me to make this choice.

“What pushed me in recent months was the World Cup, the appearance record,

because when you have the opportunity to break such a record, you have to seize this chance, as well as defending our title as world champion.

What kept me going was the idea of living one last adventure, with my teammates, with the coach, with the staff, by pushing our limits.

“There comes a time when you have to know when to hand it over.

I don’t want to make the team my own. I’ve always said and repeated that the France team doesn’t belong to anyone, and we all have to make sure that’s the case.

I think the team is ready to continue. There is also a goalkeeper who is already [Mike Maignan], and, for me, I need time for me, my family and my children.

“Having been the goalkeeper of the France team for 14 seasons is an honour, but it’s exhausting as well, mentally.

I hope that freeing up some time will allow me to continue playing at the highest level for several years and that I will stay fresh.”

Lloris began his career with hometown club OGC Nice, made his debut as a teenager in October 2005 and started in goal during the team’s run to the 2006 Coupe de la Ligue Final.

Lloris won several domestic awards in his first season with Lyon and, in his second season.

He joined Tottenham in 2012, and helped the team reach the Champions League final in 2019.