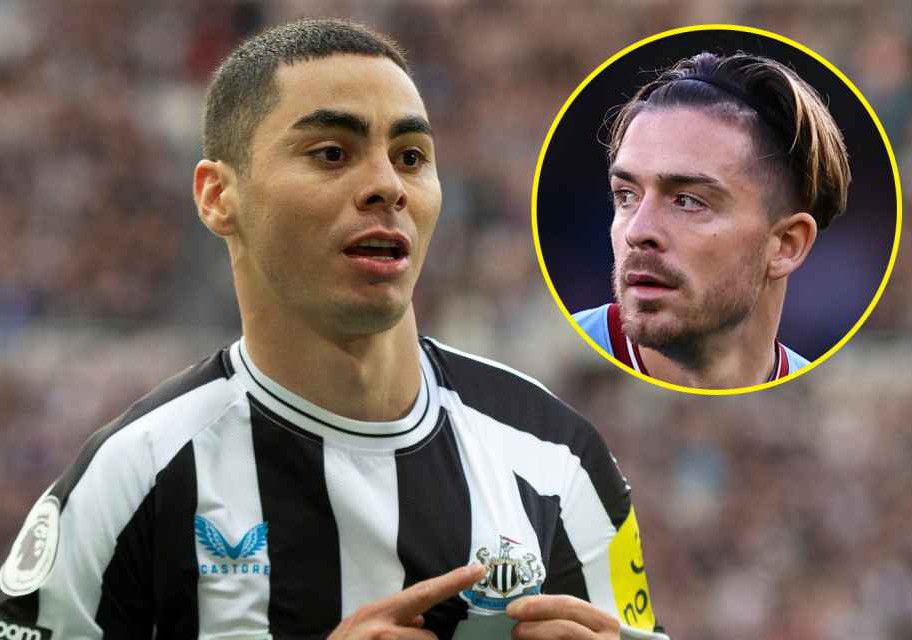 It appears Almiron took those jibes personally as he’s made a fine start to the 2022/23 campaign,

scoring four goals in nine Premier League matches this season – one of them coming in Newcastle’s 3-3 draw to Man City in August.

Grealish has one goal in ten appearances in all competitions, although he’s been praised by many for recent performances in City colours.

But he’s not convinced Enrique, who rates Paraguay international Almiron higher, adding that Newcastle’s in-form man ‘could play for a Champions League team.’

“For me, if I was City manager I would rather have Miguel Almiron than Jack Grealish.”

“I love Almiron, I think he gives everything for the team. You can see he’s scoring goals now as well.

“He reminds me of Luis Diaz, that kind of player.

They have the ability but they give everything for the team as well. They get it right. I love him.

“Almiron is someone who could play for a Champions League team.

I love Almiron, he’s been one of their best performers.”

“I think that it’s a big confidence thing as well, particularly with players like Miggy [Almiron] who maybe wasn’t playing as well at the start of his career here.

“I think it’s that confidence and knowing that the manager has got that belief in you to go and do the things he’s doing.

Newcastle are preparing for their next match against Erik ten Hag side Manchester United on sunday evening.