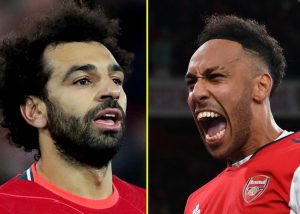 Liverpool will be keen to return to winning ways against favourite opponents Arsenal when the Premier League returns this weekend.

Jurgen Klopp’s side will have a real point to prove at Anfield following their 3-2 defeat to West Ham United just before the international break.

That defeat in East London saw the Reds drop down to fourth spot in the league, just one spot above Saturday’s visitors.

Arsenal are one of the form teams in the Premier League after a run of nine matches without defeat but their recent record at Anfield is wretched.

This Premier League clash will kick-off at 5:30pm on Saturday, November 20.

Jurgen Klopp could be without as many as seven first team players for the visit of Arsenal this weekend.

Andy Robertson is a major doubt for Liverpool after being forced off during Scotland’s clash with Denmark on Monday evening.

Jordan Henderson and Sadio Mane picked up knocks on international duty but the latter was involved in team training on Tuesday.

Roberto Firmino is still weeks away from returning from a hamstring issue while Divock Origi suffered a dead leg for Belgium against Wales.

Harvey Elliott remains Liverpool’s only long-term absentee but this weekend may come too soon for both James Milner and Naby Keita.

Curtis Jones has also suffered a setback in his return from an eye problem that he sustained via an accidental collision in training.

Arsenal look set to be without Sead Kolasinac and Granit Xhaka for the trip to Anfield while Thomas Partey has also raised doubts over his fitness.

The midfielder missed both of Ghana’s fixtures over the break after suffering a tight groin ahead of the 1-0 win over Watford.