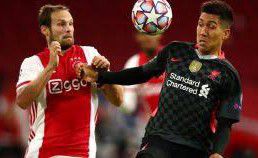 Liverpool will be without Andy Robertson for a number of weeks after the defender suffered a knee injury during last week’s loss away at Napoli.

The Scotland international has become the latest in a long list of injury concerns this season,

with Fabio Carvalho and Jordan Henderson also ruled out as Jurgen Klopp’s side prepare for Ajax in the Champions League later today.

Curtis Jones is also unavailable, further limiting Klopp’s options in midfield, with Naby Keita and Alex Oxlade-Chamberlain on the sidelines.

Thiago Alcantara, however, made his return during the defeat to Napoli,

whileDiogo Jota has recently ramped up his return to full fitness, offering at least some light at the end of the injury crisis tunnel for Klopp.

Having fallen to a heavy defeat in Italy hours after Ajax thrashed Rangers in the same group, the pressure is on Liverpool at Anfield.