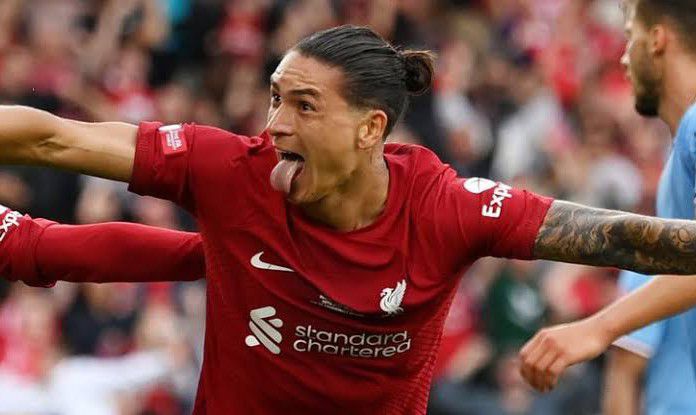 Hopefully Liverpool could welcome back Andy Robertson in their starting lineup as they host Manchester City at Anfield on Sunday.

After more than a month out with a knee injury, the left-back came off the bench in the 7-1 win

over Rangers to play just over 20 minutes and that may be enough to persuade Jurgen Klopp to throw him into the Premier League side.

should start in his absence, while Joel Matip’s calf injury means Ibrahima Konate is set to partner Virgil van Dijk.

Klopp’s big decision is the shape he picks to face City, with Liverpool shifting to a midfield two in their last couple of matches to enable an extra attacker to be played.

It would be brave to do so against Pep Guardiola’s side but both Roberto Firmino and Darwin Nunez are in good form,

while Mohamed Salah hit a hat-trick in little more than six minutes off the bench against Rangers.

With Luis Diaz facing a lengthy spell on the sidelines with a knee injury, Diogo Jota is the most likely to start on the left wing,

with the decision then whether to drop one of Nunez or Firmino in favour of an extra midfielder.

Klopp was giving little away in his pre-match press conference, though did hint that there could be some injury concerns.

“We still have to figure out who is available after the Rangers game for the City game, and then we will make a lineup.”