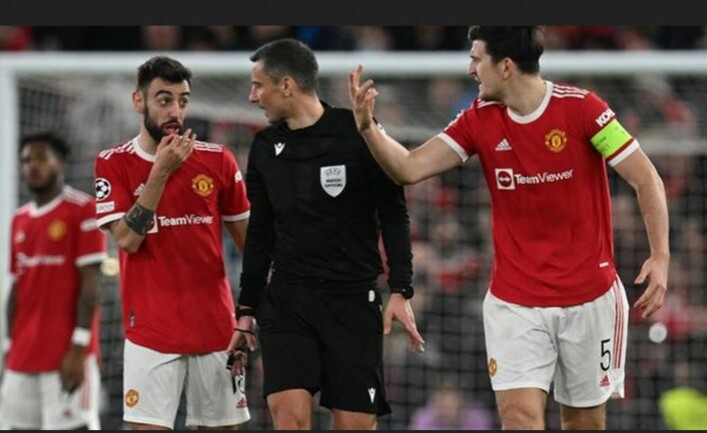 Ralf Rangnick’s side were not short on endeavour but lacked the guile to break down Atletico‘s trademark resilience,

United dominated possession for large portions of the second half but, as they have done so often,

Atletico built a wall of defensive resistance – and when they did threaten, goalkeeper Jan Oblak provided the final barrier.

He saved brilliantly from Raphael Varane’s header in front of the Stretford End as United were left to fight for a place in next season’s Champions League in the final weeks of the domestic season.