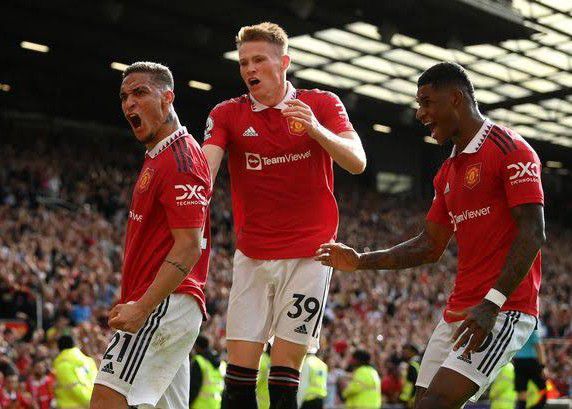 Manchester United duo Marcus Rashford and Anthony Martial are in a race against time to be fit for Sunday’s huge derby with Manchester City in the Premier League.

The forward pair suffered from injury issues ahead of and during the international break neither have reportedly trained fully in the week leading up to the derby.

Erik ten Hag will have Antony to call upon, at least, as he looks to form his attack after the winger safely returned from Brazil duty to train on Wednesday.

“Harry Maguire is injured and I think for the rest we have some doubts.

“With Anthony Martial, he was training all week with the group so really happy with that situation.

He’s performing really well. Rashford returns into training so also we are happy with that.

“For the rest, only the long-term injuries like Axel Tuanzebe and Brandon Williams are not available.”

In defence, Raphael Varane and Lisandro Martinez were set to start at the back regardless of Maguire’s fitness.

Aaron Wan-Bissaka was forced to miss the recent win over FC Sheriff in the Europa League.

Diogo Dalot’s impressive form of late should keep him at right-back, though.

A decision will have to be made on whether Tyrell Malacia keeps the left-back spot over the fit-again Luke Shaw.