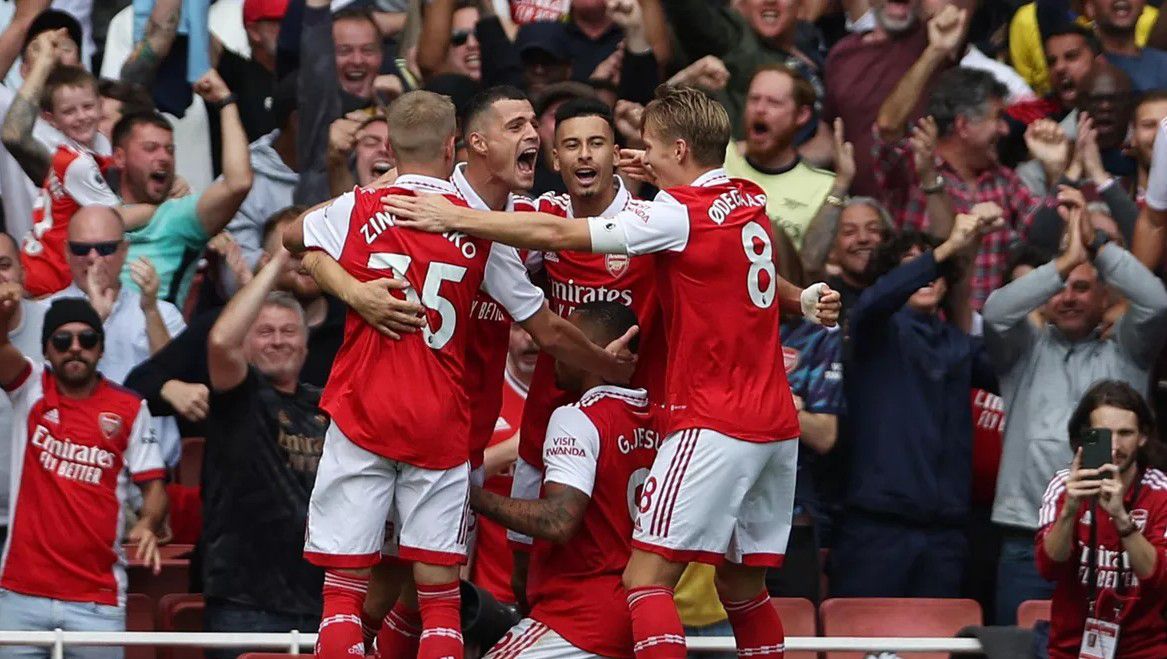 Arsenal extended their lead at the top of the Premier League table after defeating 10-men Tottenham Hotspur 3-1 at the Emirates Stadium in the north London Derby.

Arsenal started off by far the better side and could have had the lead in the third minute, only for Gabriel Martinelli’s low shot on the half volley to come back off the near post.

Mikel Arteta’s side eventually saw their pressure pay off and Arsenal were deservedly in front in the 20th minute as Thomas Partey bent a side-footed strike from distance past Hugo Lloris and into the top corner.

Despite being on the back foot, Tottenham were trying to find opportunities on the counter-attack, and on one such occasion in the 29th minute,

it resulted in the visitors being awarded a penalty as Gabriel caught Richarlison with a rash challenge inside the area.

Harry Kane made no mistake from the spot, sending his penalty straight down the middle past Aaron Ramsdale to put Spurs back on level terms, scoring his 100th Premier League away goal in the process.

A costly mistake by Lloris gifted Arsenal the lead early into the second half, as Gabriel Jesus pounced after a double lapse from the Tottenham goalkeeper in the six-yard box to score an easy tap-in to restore the lead for the Gunners.

Tottenham’s afternoon in N7 got even worse, as Emerson Royal was shown a straight red card for a poor challenge with his studs showing on Martinelli’s shin.

Arteta’s side their third successive home win over their north London rivals.