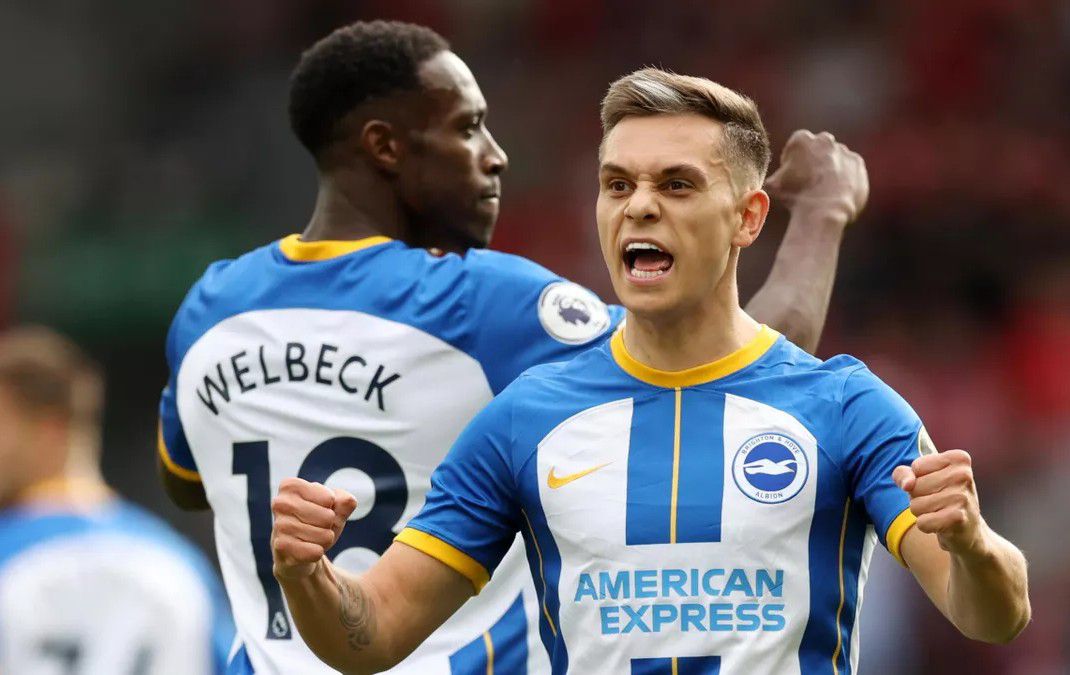 Energetic Liverpool come back from 2-0 down to lead 3-2 against Brighton at Anfield, the visitor snatched a point right at the death as Roberto de Zerbi’s first match in charge of the south-coast side ended in a thrilling 3-3 draw.

The Seagulls took a shock lead after just four minutes, as Leandro Trossard finished well into the bottom corner from close range past Alisson in the Liverpool goal after some neat one-touch play in the build-up.

Brighton’s afternoon at Anfield then got even better as Trossard had his brace after 18 minutes.

The Belgian latched onto Solly March’s first-time through pass in the penalty area to once again finish low into the corner of the net, as the home crowd were stunned.

Liverpool slowly grew into the game despite Brighton’s threat on the break, and in the 33rd minute, the hosts had one back.

Mohamed Salah’s cut-back in the penalty area found Roberto Firmino, and the forward had an easy tap-in at the back post.

After a VAR check for an initial offside call against Salah, the initial decision to disallow the goal was overturned.

Jurgen Klopp’s side then had their equaliser nine minutes into the second half,

as Firmino notched his second goal of the game with a cool finish into the net from close range following a clinical counter attack.

arm of Adam Webster in the six-yard box and into the Brighton defender’s own net to give the Reds what appeared set to be their third league win of the season.

However, Brighton dramatically equalised seven minutes from time, as Trossard tapped in at the back post from Kaoru Mitoma’s cross to seal a stunning hat-trick and to secure a vital point for his side.