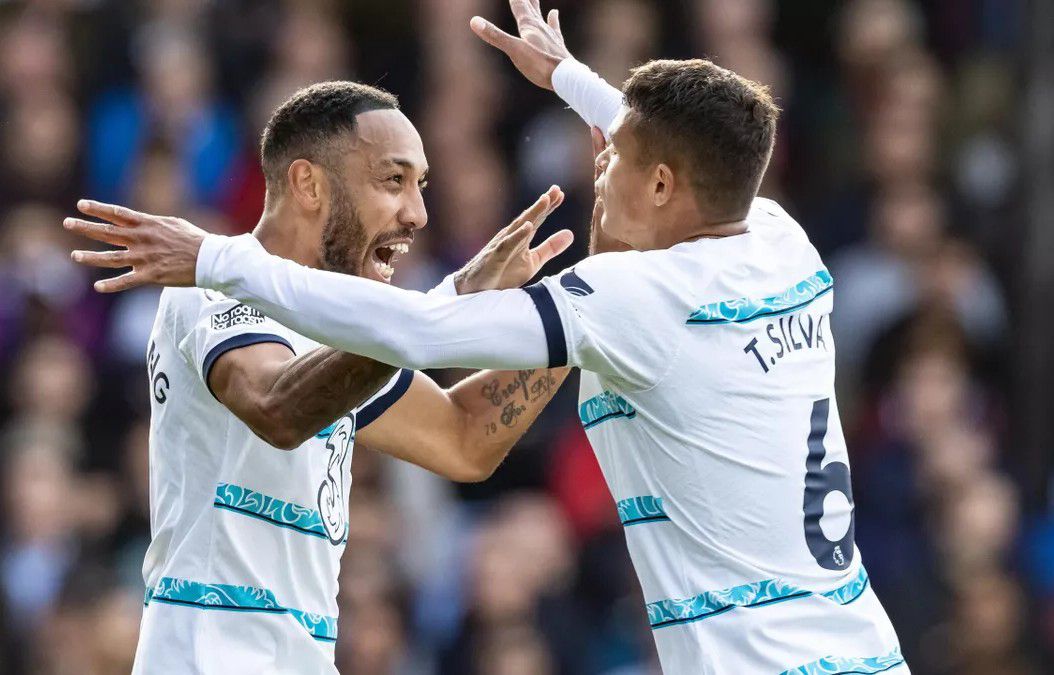 Conor Gallagher’s first goal for Chelsea helped the Blues snatch all three points in stoppage-time in a 2-1 draw at Selhurst Park.

The Eagles capitalised on a fragile and new-look Chelsea defence inside ten minutes as Odsonne Edouard linked up with Jordan Ayew,

the latter crossing for the former to poke home ahead of Wesley Fofana.

The hosts threatened a second but Kepa Arrizabalaga denied Eberechi Eze with a brilliant diving save.

And Ayew thought he was through after picking Thiago Silva’s pocket, only for the defender to punch the ball clear.

The Brazilian got away with a yellow despite a VAR check, and fanned the flames when, moments later he set up Chelsea’s leveller.

Silva headed down for Pierre Emerick-Aubemayang to grab his first goal for Chelsea, rifling home on the spin.

Chelsea dominated possession in the second-half but could not break down Palace’s stubborn back line.

Mason Mount wasted two good chances but the Blues looked blunt and Palace remained a threat on the counter.

A moment of brilliance settled it as substitute Gallagher hit a brilliant 25-yard effort into the top corner, to earn all three points for Graham Potter during his first Premier League match in charge.