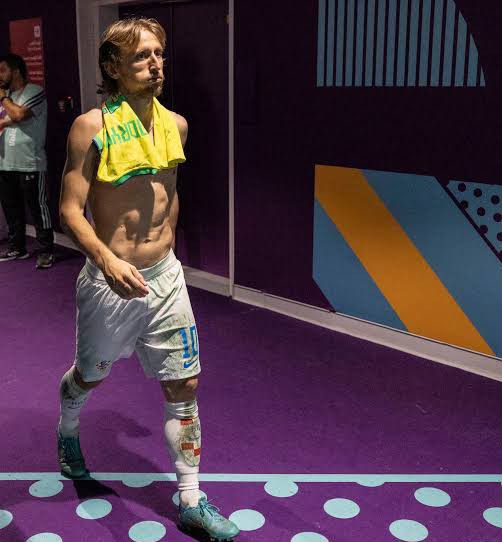 Argentina beat Croatia 3-0 to reach the World Cup final in what seemed to be robbery to croatia skipper Modric.

Croatia actually had the better chances before Argentina awarded a controversial penalty.

Modric has loud referee Daniele Orsato for his performance in Croatia’s defeat to Argentina.

Croatia made a decent start, perhaps edging the contest in the opening 30 minutes, but just

after that Lionel Messi gave Argentina the lead from the penalty spot after goalkeeper Dominik Livakovic was judged to have fouled Julian Alvarez inside the box.

Whether it was indeed a penalty divided opinion and Modric was of the firm belief that that the Italian referee attracted a little too much controversy with his decisions.

“Argentina was a fair winner of the game, they were better, they deserved to win, but these things have to be mentioned, I generally don’t do them, but today they have to be done.”

“I don’t like to talk about referees but this is one of the worst.

I don’t have a good memory of him, he’s a disaster. For me it wasn’t a penalty.

“Despite this, I don’t want to detract from Argentina.

The penalty killed us. We have to recover for the third place play-off and win that game.”

To add to the controversy, Croatia should have had a corner shortly before the penalty but a goal kick to Argentina was awarded instead.

Mateo Kovacic argued both decisions were big mistakes on the referee’s part.

“Both situations seem incredible to me, first that he did not give a corner and then that.”

“I never talk about the referees, but they are huge errors and it cost us.”

Argentina face either France or Morocco in the final on Sunday, while Croatia will play the loser of the other semifinal in the third-place game on Saturday.