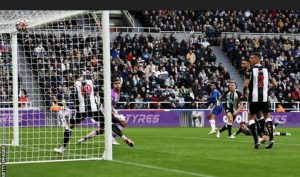 James blasted the ball into the roof of the net after Callum Hudson-Odoi’s cross was headed into his path to put the visitors ahead after 65 minutes.

Darlow then fouled Kai Havertz to give Chelsea a penalty, which Jorginho converted for a third goal.

Newcastle, playing at home for the first time since Steve Bruce was sacked, struggled to create chances with England striker Callum Wilson heading a rare opportunity over the crossbar.

They remain without a league victory this season and are 19th in the table.