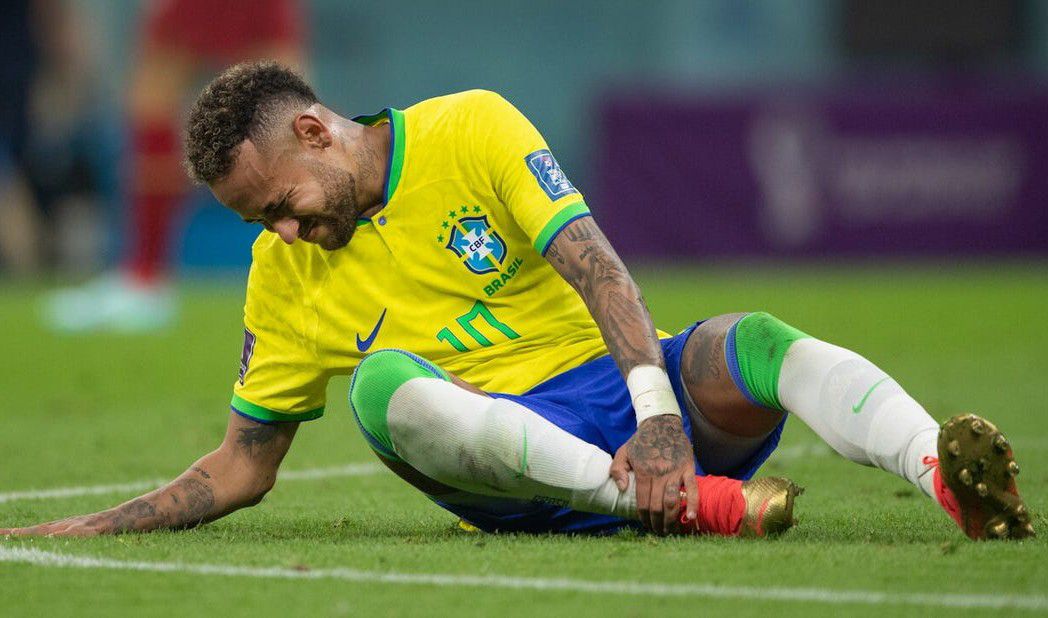 and appeared to be in tears as he watched the conclusion of the contest from the bench.

play but the favourites for the competition will have to navigate through their remaining group matches without their talisman.

In a further injury headache for Tite, full-back Danilo is also expected to miss the Switzerland

and Cameroon games with an injury of his own, hobbling through the final minutes of last night’s win.

‘Neymar and Danilo went through a MRI on Friday afternoon and we found ligament damage in the ankle of both of them.’

‘It is important to be calm and evaluate day by day.

The idea is to recover them for the rest of the competition.’

Real Madrid’s Eder Militao is expected to come into replace him. 39-year-old Dani Alves is another option.

Real Madrid starlet Rodrygo meanwhile is the favourite to replace Neymar in the starting XI, according to reports in Brazil.

Brazil take on Switzerland on Monday before closing their group campaign against Cameroon on Friday.

Neymar has struggled with ankle problems in the past and while his latest issue is a setback, Tite insisted on Thursday it is not a serious one.

He told a press conference: ‘We are confident that Neymar will continue playing in the World Cup.’

Brazil sealed victory over Serbia through a brace from Tottenham forward Richarlison,

justifying his selection with a sensational goal of the tournament contender.

‘I think this was an important victory with many wins in the same game. (In the first half) this wasn’t our normal standard.’

‘In the second half we repositioned people and we improved technique.

‘I had six, seven names to call (on) and, whoever I called, we would have had a great team.

‘Richarlison is fantastic. We see how he controls a ball, it goes up and he adjusts all his plans.’